Violations of the law on shoulder patches, uniforms, car design and flashing lights

On July 7, the new Patrol Service replaced the Patrol Security Service Regiment of the Yerevan Police Unit and the Yerevan Road Police Battalion. In addition to the order of admission, education and functions of the officers, the uniforms and cars of the police officers were changed, and their design and logo received public resonance from the very first day.

The design of cars and shoulder patches was criticized in the public domain, in particular the violation of the RA Law on Language (it is written in a foreign language with a larger font size than Armenian). Weeks ago, the Union of Informed Citizens addressed the issue that the design of cars and shoulder patches differs from the designs that won the tenders announced by the police and then the US Embassy.

While we were trying to find out how much this violation cost our taxpayers, another no less astonishing illegality was revealed.

On July 7, we all saw the shoulder patches (chevron)  of the new patrol service and the design of the print of vehicles, which clearly contradicts the RA Constitution, the RA Law on Language regarding which the State Language Committee also made a statement.

The Union of Informed Citizens tried to find out who is responsible for this design violation and how the designs of the cars and shoulder patches were approved.

First of all, let us state that according to Article 27 (1) of the Law “On Service in the Police” the description of the uniform of police officers is defined by the Government of the Republic of Armenia. And the government decision N 1446-N of December 12, 2013 gives a detailed description of the police officer’s uniform. According to clause 93 of the 1st appendix of the executive’s decision, the officers of different units of the police of the Republic of Armenia wear on their uniforms shoulder patches and badges symbolizing their service the descriptions of which are determined by the Chief of Police.

Leaving aside the legitimacy of the above decision of the government in the sense that according to the law the description of the uniform should be determined by the government, and therefore, logically, cannot leave a part of it to the Chief of Police, nevertheless it should be noted that shoulder patches symbolizing the nature of the service must be defined at least by the decision of the Chief of Police

In other words, a uniform with a shoulder patch was ordered for more than 700 police patrol officers, which, contrary to Article 27 of the Law on Police Service, has not been determined at all.

Who is responsible for car design?

In addition to the shoulder patch, the same logo is also depicted on about 150 patrol cars. These cars have door prints in violation of the Law “On Language” (English dominates over Armenian font size). 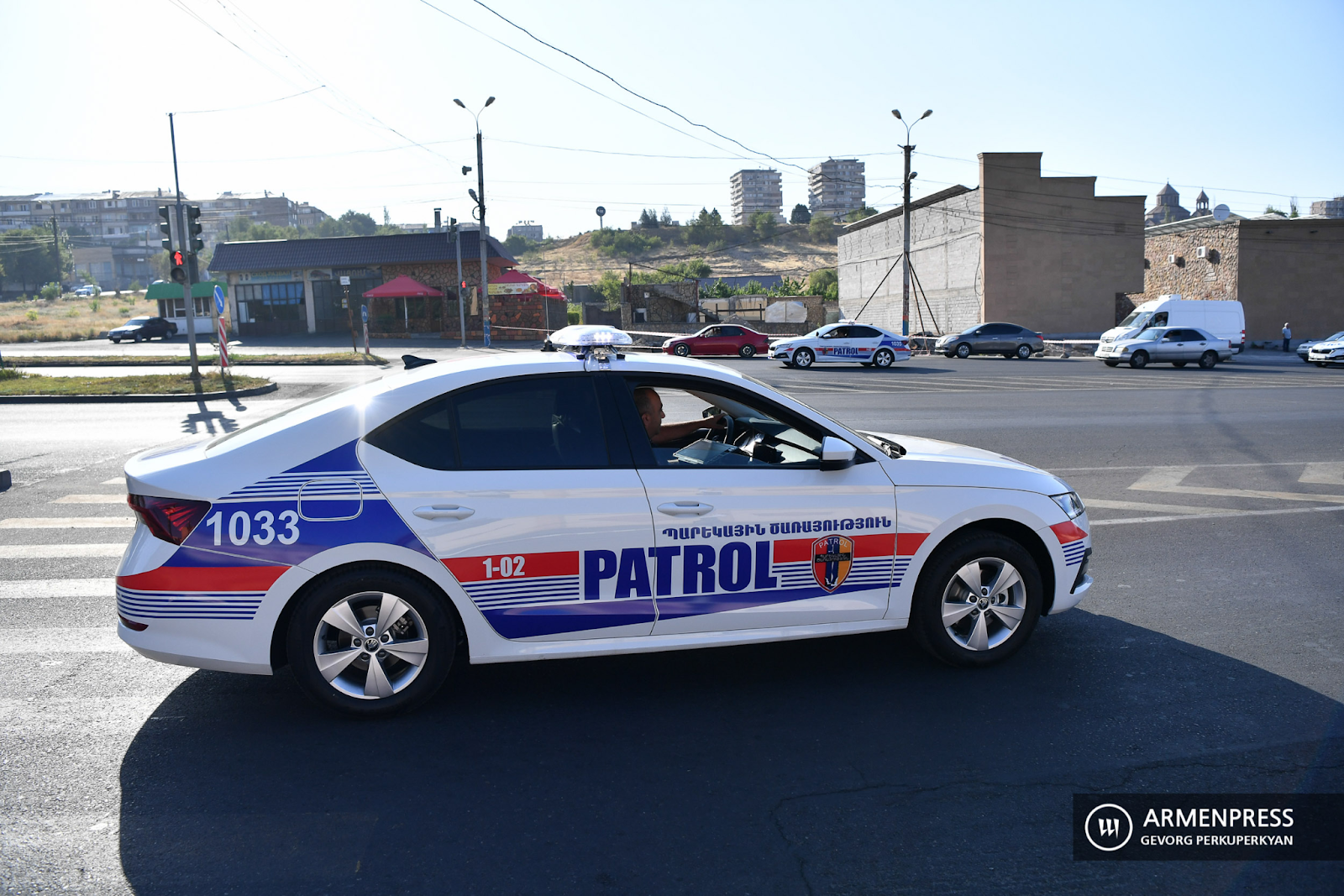 Moreover, although the print design of patrol cars was included in their price and was done by “Czech Auto” LLC, but its change, of course, will not be free of charge. We studied similar services previously ordered by the police and found out that the print of the Road Police cars cost from 25 to 30 thousand drams. In other words, the redesign of about 150 cars of the Yerevan Patrol Regiment will cost about 4 million drams. 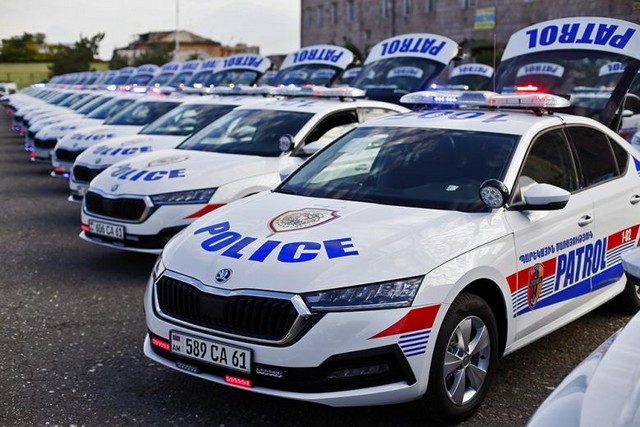 Part 1 of Article 9 of the Law of the Republic of Armenia “On Ensuring Road Traffic Safety” stipulates that the list of vehicles to be equipped with red and blue flashing lights shall be approved by the Government. The executive, in turn, approved the list by decision 2329-N of 2006 (later amended in 2008, 2012 and 2014). According to the list, red and blue flashing lights can be placed on the vehicles of the NSS of state protection, the military traffic inspection of MoD military police, the state traffic inspection of the Police (later renamed the Road Police).

Vehicles of other police units with colored prints, according to a government decision, can only be equipped with blue flashing lights.

According to government decision 955 of 2007 on Defining Traffic Rules, there are a number of functions that can only be performed by vehicles equipped with red and blue (not only blue) flashing light. And it is obvious that the Patrol Service should have red and blue flashing lights. However, this required a relevant change in the government decision, which was not done.

Has the uniform been approved?

According to Article 27 (1) of the Law “On Service in the Police” a police officer is provided with a uniform, the description of which is defined by the government. The government has defined it in its decision N 1446-N of 2013 in which, however, there is no mention of the Patrol Service uniform and its peculiarities. 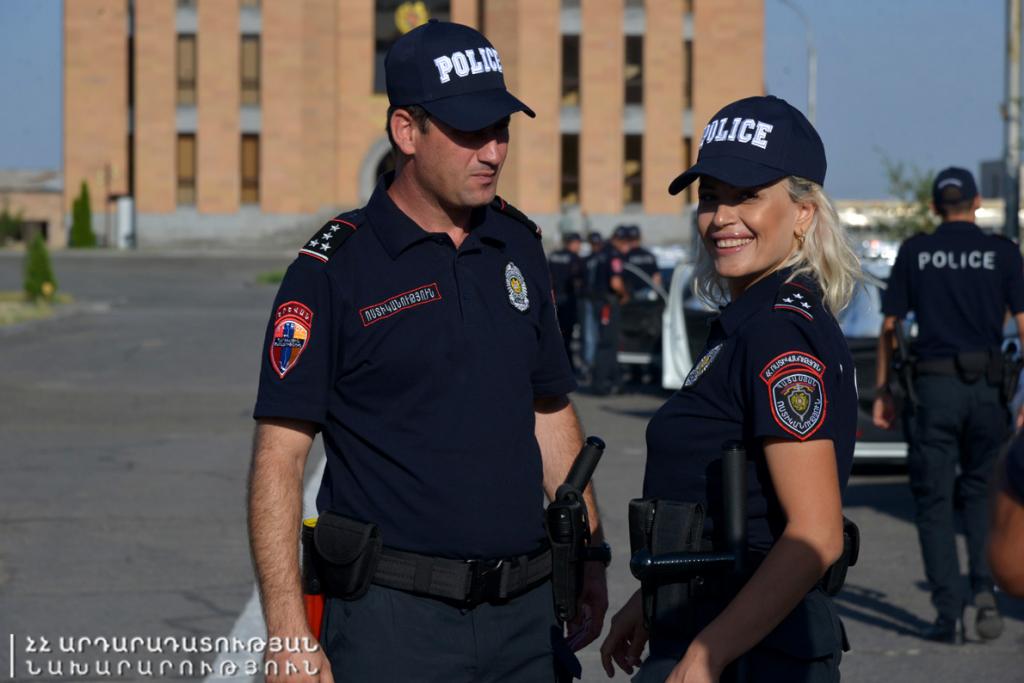 The mentioned decision, in fact, defines the “ordinary” police uniform and the peculiarities of the uniforms of some units. And while patrol uniforms are clearly different from other service uniforms, they are not described in the government decision.

In other words, the uniform now worn by police officers, the better version of which is supplied by US counterparts, is not legally approved.

It turns out that the patrol officers have received a uniform, the description of which (contrary to the law) has not been defined by a government decision. Together with the uniform they have received a shoulder patch symbolizing their service, the description of which has not been defined by any legal act either. No act defining the print design of patrol cars is in place. Moreover, the respective government decision has not been changed, as a result of which the installation of red flashing lights on patrol cars is illegal.

It is impossible to find out who is responsible for the approval of the foreign language signs and car design. Moreover, they are, in fact, used without approval, which is another violation of the law. However, it is clear that there are many faults in the uniforms and vehicles of the Patrol Service which lead to disappointing conclusions about the organizational capacity of the Police. 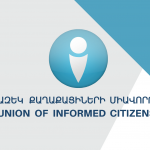 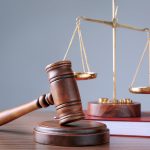 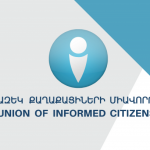 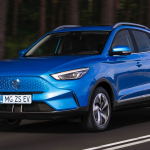