On January 27, the Parliamentary Assembly of the Council of Europe (PACE) adopted by a majority of votes the Resolution on the Work of Democratic Institutions in Armenia, co-authored by Finnish MP Kimmo Kilunen and Sweden’s representative Boriana Aberg.

The resolution addresses the most important developments around Armenia since 2018 ranging from the Velvet Revolution to the June 20, 2021 elections, from the pandemic to the war, from judicial and anti-corruption reforms to restrictions on freedom of speech.

The Union of Informed Citizens summed up the vote on the resolution and the main provisions, revealing the important emphases.

Immediate return of prisoners of war, preservation of Armenian heritage

Referring to the Artsakh war unleashed by Azerbaijan on September 27, 2020, the Assembly once again calls for the immediate release of Armenian prisoners of war, in accordance with clause 8 of the November 9 statement. The Assembly reaffirms the need to preserve the Armenian cultural and religious heritage of Artsakh, as well as the need for immediate development of clear mechanisms for its restoration and preservation.

The resolution states that the Nagorno-Karabakh conflict is not resolved, and its fair and lasting resolution must be reached within the OSCE MG (which is also claimed by the Armenian side).

The PACE resolution states that Armenia has made significant democratic progress since 2018, at the same time, it has faced challenges in a short period of time that have had a major impact on the work of the country’s democratic institutions; in particular, the pandemic caused by COVID-19, the 44-day war and the subsequent internal political events.

“Attempt to break the constitutional order,” and “crisis overcome “

It is noteworthy that the PACE describes the post-war events, in particular the attacks of protesters on the buildings of the legislative and executive bodies, as an attempt to break the constitutional order in the country. The Assembly also notes that Armenia has successfully overcome the serious political crisis that has arisen following the outcome of the Nagorno-Karabakh armed conflict.

“The crisis has been resolved through snap elections in June 2021, which were organized in a democratic manner, despite the extreme political polarization,” the resolution reads.

Call for solidarity with the government and the opposition

The resolution repeatedly refers to the unhealthy atmosphere in the public and political field, especially after the 44-day war. It is noted that the Assembly expresses concern over the political atmosphere in which the June 20 elections took place.

The co-rapporteurs did not miss the fight that took place in August 2021 between the deputies of the ruling and opposition factions in the Armenian parliament. The Assembly calls on the opposition and the government to start a constructive and respectful cooperation.

The Assembly notes that after the peaceful transition of power in 2018, a high level of tension was registered between the various institutions of power. In particular, we are talking about the contradictions between the executive power and the judiciary.

“The Assembly notes the low level of public confidence in the judiciary, as well as the perception that it has a high degree of corruption and is possibly linked to the political opposition of the parliamentary majority,” the resolution states.

The Assembly also expresses concern over the public confrontation between the former Head of the Constitutional Court Hrayr Tovmasyan and the former Head of the Supreme Judicial Council Ruben Vardazaryan. It is emphasized that the legislative’s obligation is to respect the judiciary, as well as not to publicly question the authority of judges.

Restrictions on freedom of speech

The resolution touches upon the topic of freedom of speech. It is mentioned that there were temporary restrictions on the freedom of speech in the country due to the war and the pandemic in order to prevent panic and the spread of misinformation. It is noted that even if the objectives of the government in the issue of restrictions during the state of emergency were legitimate, they were obviously disproportionate and strict.

A separate reference is made to the high level of misinformation and hate speech in the Armenian media. It is noted that in this context, the authorities have adopted a law criminalizing insults to public figures. The Assembly reaffirms that the insult must be decriminalized urging to fight against the problem by reforming the relevant legislation.

The resolution makes extensive reference to judicial, anti-corruption and electoral reforms, mainly welcoming their progress. It should be noted that the Armenian civil society also took an active part in the development and implementation stages of the above-mentioned reforms.

The Assembly notes that since 2018, unlike previous years, the two snap parliamentary elections in Armenia have been held in a free, transparent environment. In this context, the Assembly welcomes the electoral reforms that have improved party, campaign finance and voting legislation, as noted by the Venice Commission and the OSCE Office for Democratic Institutions and Human Rights.

The Assembly calls on the Armenian authorities to implement the plan to restore the Ministry of the Internal Affairs, as well as to provide the newly formed Commission for Prevention of Corruption with the necessary resources to monitor the financial flows of state officials, particularly judges, and parties.

The resolution “The work of democratic institutions in Armenia” was adopted by 50 votes in favor, 14 against and 16 abstentions. The delegations of Turkey and Azerbaijan, one delegate from the Netherlands, as well as Hayk Mamijanyan from the Armenian delegation, who is a deputy of the opposition “With honor” faction, voted against the resolution.

All the representatives of the Russian delegation present at the sitting abstained. 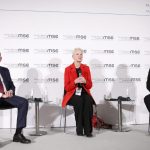