A seminar for journalists called “Foreign Policy and its Coverage” took place in Tsaghkadzor from 20 to 22 January. 23 journalists from leading Armenian news media took part in the training.

During the seminar Ambassador Extraordinary and Plenipotentiary of the United States of America to Armenia H.E. Mr. Richard M. Mills Jr., Ambassador, Head of Delegation of the European Union to Armenia H.E. Mr. Piotr Antoni Świtalski and representative of European Department of the RA Ministry of Foreig Affairs Ara Margaryan delivered a speech in “off the record” format and answered the questions of participants. 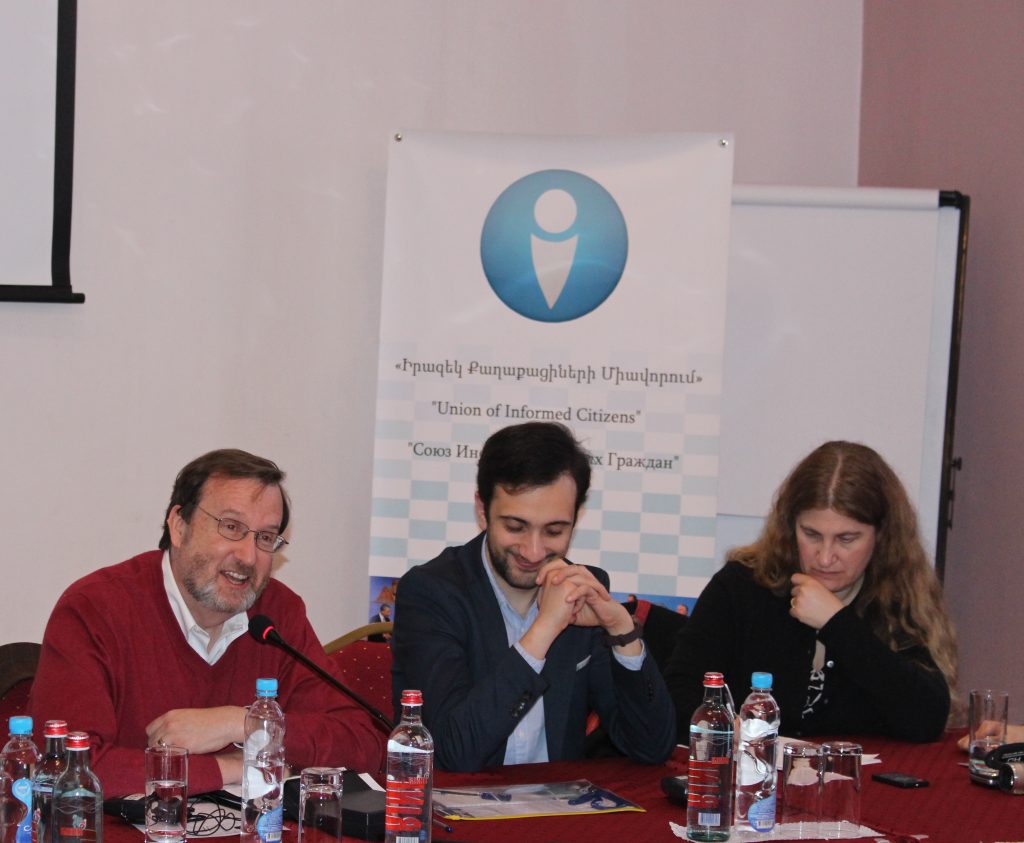 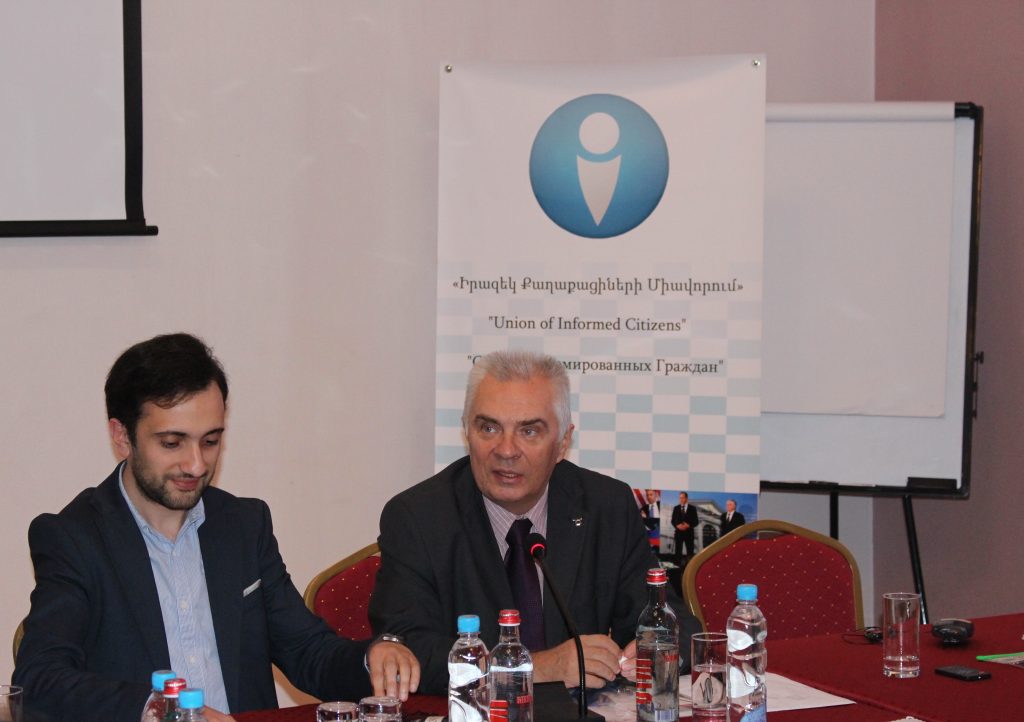 Chairman of Yerevan Press Club Boris Navasardyan and chairman of the Armenian Institute of International and Security Affairs Styopa Safaryan presented their reports to the journalists. 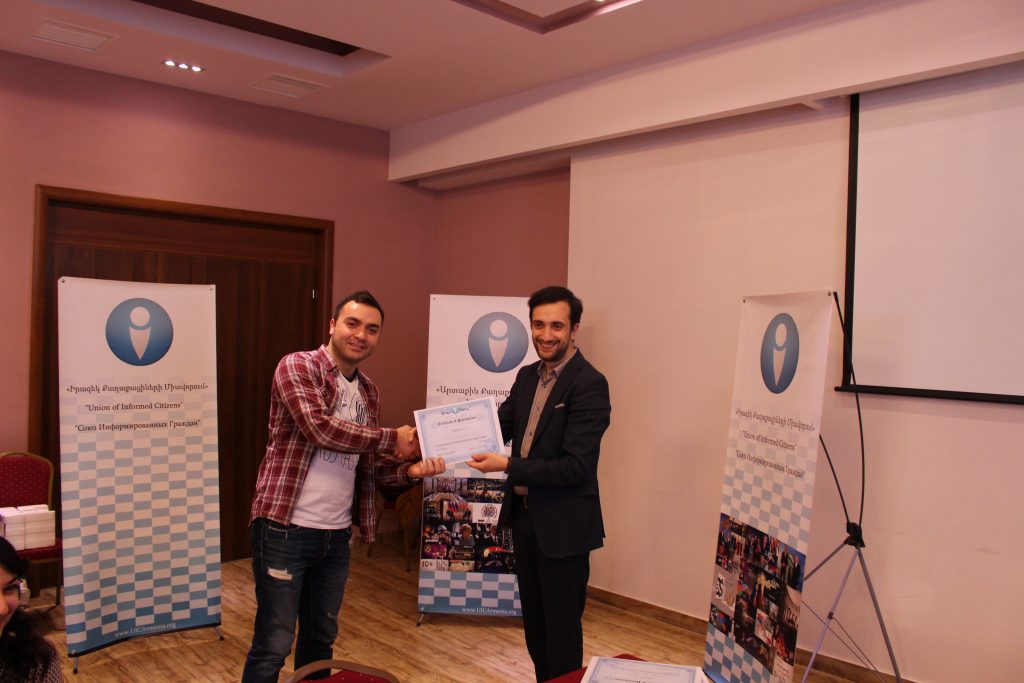 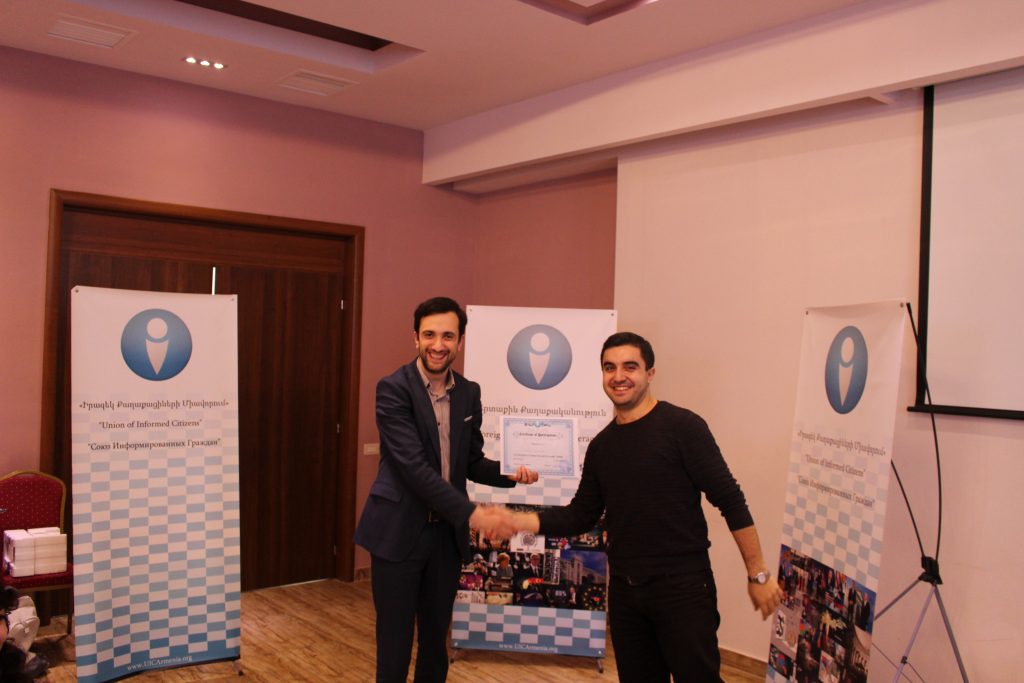 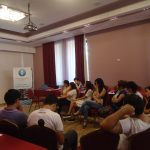 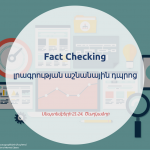