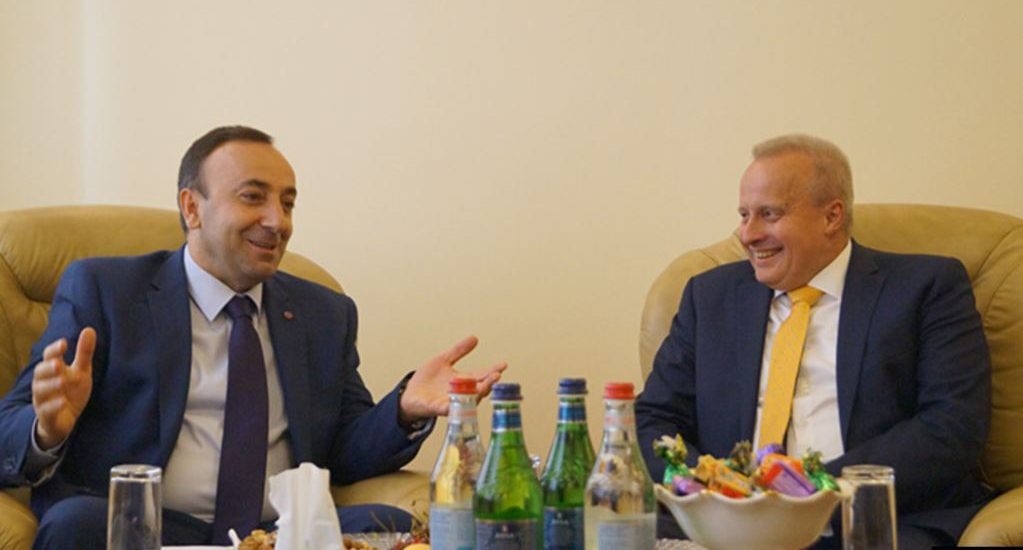 It was revealed on June 20 that the Russian Ambassador to Armenia Sergey Kopirkin met with the President of the RA Constitutional Court Hrayr Tovmasyan. This meeting took place in a very interesting and complicated domestic and foreign political context, and once again shows that in the Armenian-Russian relations, Moscow is inclined to protect specific interests of specific individuals.

On June 13, it became known that the Russian ambassador to Armenia met with Robert Kocharyan, who has warm relations with Russian President Vladimir Putin.

This was met by a tough response from the Armenian side, and the Russian ambassador was invited to the Foreign Ministry, where a conversation took place with him in the context of “not interfering with Armenia’s internal affairs.”

In fact, Armenia has shown its attitude towards the meeting between Kocharyan and Russian Ambassador by using one of the toughest diplomatic tools and has made clear that it treats Moscow’s intervention in Armenia’s internal affairs negatively. However, the Russian side did not try to mitigate or explain the situation through any statement or other diplomatic means. It obviously ignored the Armenian side’s position, further aggravating the situation.

In other words, the events suggest that Russia is ready to test the Armenian-Russian allied relations at the current stage, not wishing to stand back from the chosen path. Moreover, with this logic of actions aimed at intervening in Armenia’s internal affairs, Russia may continue to ignore the impulses from Yerevan and even resort to tougher steps, but their consequences may be unpredictable for all sides.