The main feature of the draft constitutional amendments put to referendum is presented to be the fact that the country will change its government system by switching from a presidential republic to a parliamentary one. Accordingly, let us observe the draft regulations on the formation and activity of the National Assembly.

As a result, if, for instance, three political parties get 24% of votes each and one party gets 28%, that one party can get the majority of seats in the National Assembly irrespective of the fact that 72% of the voters support other political parties.

These levers of the National Assembly are present in any parliamentary republic. But if we take into account the fact that by Article 89 of the new Constitution, the National Assembly will have one ruling party irrespective of election results, we can state that in Armenia all these levers are provided to the ruling party, rather than the Parliament. 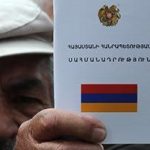