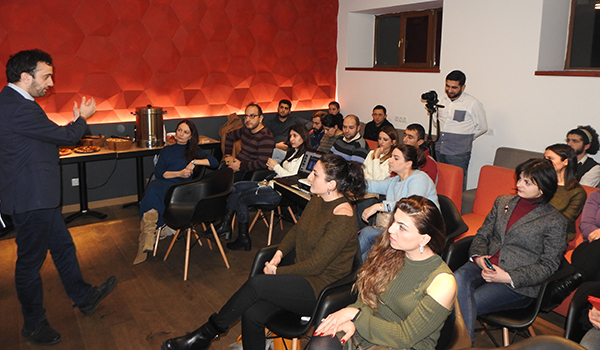 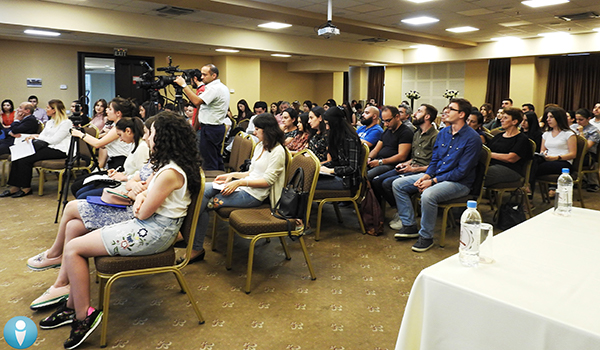 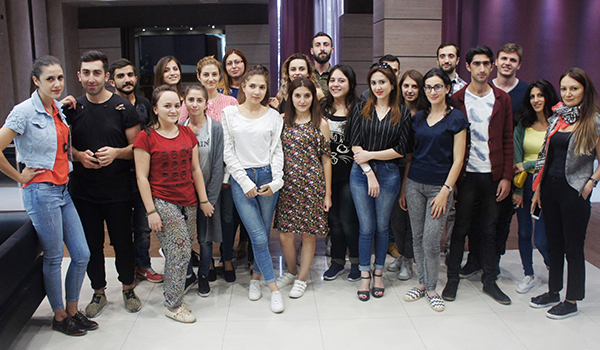 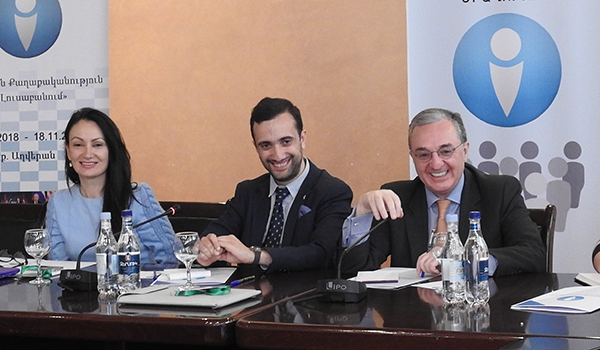 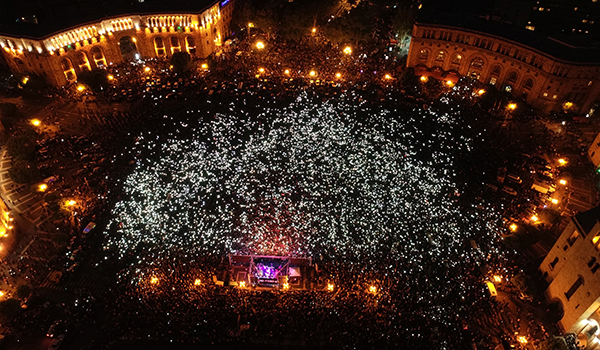 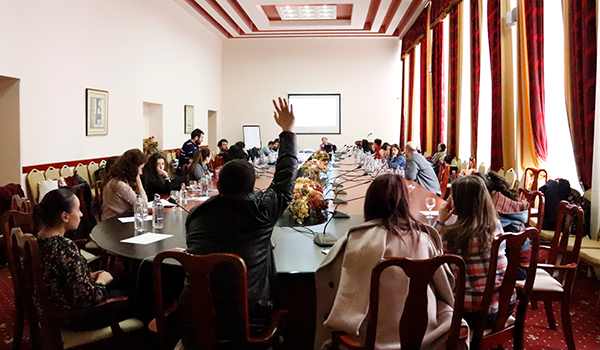 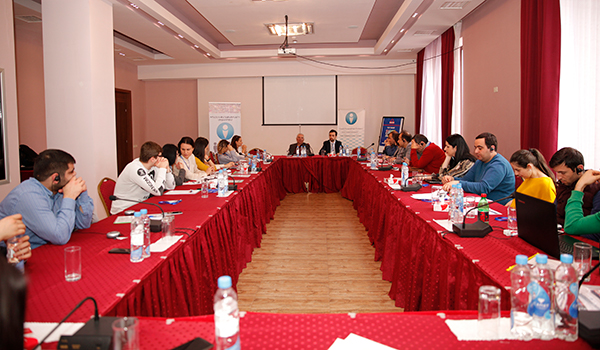 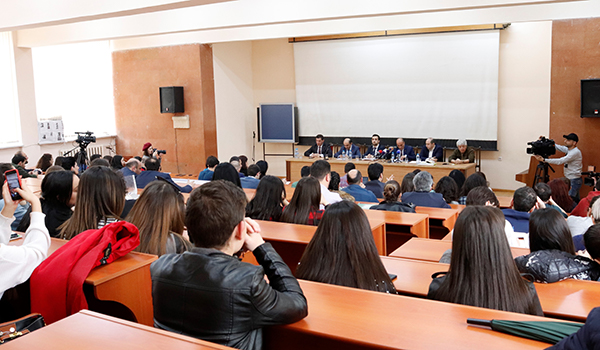 The Union of Informed Citizens is a non-governmental organization founded in 2014, which is engaged in raising public awareness in Armenia, combating disinformation, promoting reforms, monitoring and improving electoral processes.

In particular, the Union of Informed Citizens conducts public awareness campaigns, discussions, education events, trainings and seminars on various issues of public interest, including the electoral and other rights of citizens, foreign policy, and reforms.

The organization is taking active measures to combat the spread of disinformation. The Fact Investigation Platform of the Union of Informed Citizens (FIP.am) is the first and leading fact-checking media outlet in Armenia. The Fact Investigation Platform provides its readers with evidence-based, verified information, with all the hyperlinks made available to the reader.

The Union of Informed Citizens is also taking steps to improve the skills of journalists in Armenia, regularly organizing seminars and trainings for journalists, and the Watchdog (investigative and fact-checking) journalism video course is one of the largest projects of a kind in the Armenian domain.

The members and experts of the organization are involved in working groups and commissions on reforms in various sectors, including but not limited to electoral, constitutional, judicial, anti-corruption, police and other sectors. Realizing the importance of public awareness and involvement in the ongoing reforms in the country, the Union of Informed Citizens has launched the Reforms.am website, which contains brief, detailed information on reforms in each sector.

One of the important platforms of the Union of Informed Citizens NGO is the Umdimel.am website, which is a multi-profile and useful guide for citizens with various legal issues, who can use the website to be guided on what to do in case of encountering issues with public authorities.

Together with its partners, the Union of Informed Citizens is fighting to improve the quality of elections in Armenia, both by conducting multi-component election observation and by influencing electoral reform. Within the framework of that mission, since 2017, the Union of Informed Citizens has been participating in the” Independent Observer “initiative, also conducting an independent observation mission in Nagorno Karabakh local elections in 2019 and national elections in 2020.

Being a member of international civil society organizations, the Union of Informed Citizens has declared and remains committed to a number of fundamental values. In particular, the organization is guided by promotion of democratic values, rejecting aggressive wars, human rights violations, as well as crimes against humanity or nature.

The Union of Informed Citizens does not represent the interests of any political party or other group.

The appreciation of our activity is manifested not only by the daily reactions of many citizens, readers of our platforms, but also by official awards.

Daniel Ioannisyan, Programs Coordinator of the Union of Informed Citizens NGO, was awarded the Amalia Konstanyan Prize in 2017 for his principled and courageous activity in the development of civil society. He also received the Hero of the Caucasus Award from the Caucasian Knot Russian-language media website covering issues related to human rights.

In the same year, the Fact Investigation Platform of the organization received the award of the Yerevan Press Club for the initiative to counter the spread of fake information.

Our organization intends to become one of the best centers that will educate promoting shaping of public opinion and decision-making based on objective information.

Our mission is to raise public awareness in spheres of state and public significance. We consider this an essential and integral component of any democratic society. We are taking measures to increase the capacity of the media field in Armenia. Moreover, we ourselves are implementing media activities through the FIP.am fact-checking website, which combats misinformation. The UIC publications primarily relate to foreign policy and concerning issues, democratic values and institutions, economy, elections, as well as citizen rights in certain areas. Our publications are frequently republished by other media. Throughout 2016, there has been more than 2000 references about us in media. Furthermore, our animated videos on Youtube, Facebook and other social media surpass several million views. UIC, together with its partners, fights to increase the quality of the elections in Armenia, both by participating in observation missions on election day and through impacting the preceding processes. In the course of preparing all kinds of materials, we are led by the promotion of democratic values. We will not under any circumstances justify aggressive wars, human rights abuses, as well as crimes against humanity or nature. We do not represent interests of any political party or other groups.

“Union of Informed Citizens” has a written policy aimed at dealing with conflicts of interests and other corruption risks. The governing bodies of the organization are the executive director, the programs coordinator, and the board consisting of 5 people.

For the purpose of separation of powers, the elected board members of the organization shall not be related to the organization’s executive director and programs coordinator, and shall be known to the public. 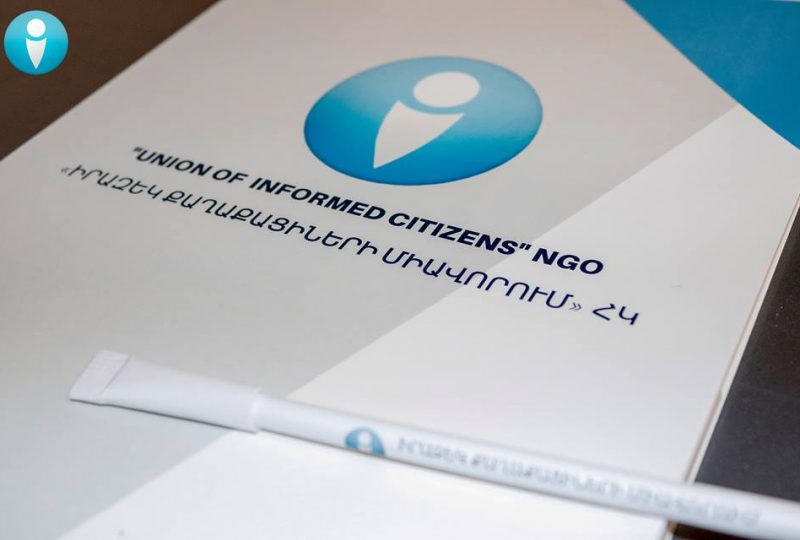