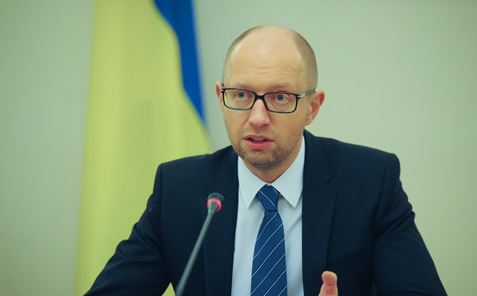 The 7th Eastern Partnership Civil Society Forum Annual Assembly is taking place in Kiev on November 19-21. The participants include hundreds of representatives of civil society from Armenia, Azerbaijan, Georgia, Ukraine, Belarus, and Moldova.

This morning the guest speakers at the forum were Commissioner on European Neighborhood Policy and Enlargement Negotiations Johannes Hann and Ukrainian Prime Minister Arseniy Yatsenyuk.

Two out of the three questions addressed to the dignitaries were from the representatives of the Armenian delegation. In particular, Daniel Ioannisyan, Program Coordinator at “Union of Informed Citizens” NGO asked what the governments of countries should do in order for conflicts not to impede the democratic reforms.

In reply to Ioannisyan’s question, the Ukrainian prime minister mentioned that the “dignity revolution” (Euromaidan) that took place two years ago forces them to implement reforms in spite of war and utterly difficult economic situation. He also added that the conflicts taking place in Eastern Neighborhood countries (including Nagorno Karabagh conflict) have been prepared and then incited by Russia with the aim of obstructing democratization processes in the region.

Arseniy Yatsenyuk also added that implementation of democratic reforms becomes especially crucial during war and that the authorities should “clench their fists and move forward” in order to improve the condition of the country in these extremely difficult conditions.

The next question was raised by Armen Alaverdyan, Head of Unison NGO, which deals with rights of persons with disabilities. He asked European Commissioner Johannes Hann whether the European Union intends to ensure that Armenia and other Eastern Partnership countries comply with regulations stipulated by the European Convention on the Rights of Persons with Disabilities, and received a positive response.

It is also worth mentioning that during Arseniy Yatsenyuk’s and Johannes Hann’s meeting with NGOs of the six countries, the honor of making a speech on behalf of Eastern Partnership Civil Society Forum was given to an Armenian. The representative of “Eurasia Partnership Foundation” Mikayel Hovhannisyan introduced the challenges the 6 countries face related to European integration and the primary issues that should be solved.

Particularly, Hovhannisyan underlined that it is very important for Armenia to declassify and publish the Draft of EU-Armenia Association and Deep and Comprehensive Free Trade Agreement.

In general, it can be noted that the Armenian delegation of non-governmental organizations is the most active one. 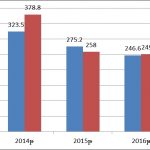