The Petrol Loot in Armenia

In December 2013, Serj Sargsyan and Vladimir Putin agreed that Armenia would be buying petrol only from the “Rosneft” Russian state corporation. As a result of that monopolization, the price for petrol fell by 10 AMD. However, since then, the international oil prices dropped by as much as four times respectively resulting in cheaper prices for petrol and diesel. This was the case everywhere except for Armenia.

For instance, the “regular” type of petrol costs 31 rubles in Russia, which is equivalent to 185 AMD, and in Georgia, which does not have oil resources, the price comprises 1.45 Lari (around 290 AMD). Even in Ukraine, which is at war with Russia, the petrol prices start from 17 UAH, which forms 330 AMD. In Armenia, the price is 390 AMD, which is twice as much as that in Russia, and 1.5 times as much as the price in Georgia.

The point is that previously, when petrol entered the Armenian market from Bulgaria and Romania, the petrol prices in our country were approximately the same as those in neighboring Georgia. However, currently, as we have granted the monopoly of importing petrol to Russian Rosneft, the petrol prices in Armenia exceed Georgian prices by as much as 50%.  And it is twice as expensive as prices in Russia, where the petrol comes from.

Moreover, that same Russian petrol is sold in Georgia with the price that will allow it to compete with Bulgarian, Romanian and Azerbaijani petrol prices. However, as there is no competition in Armenia, it is much more expensive. And this situation becomes even more absurd when we consider the fact that Russian petrol is subjected to customs clearance when imported to Georgia. This is not the case about Armenia. Petrol is imported to Armenia without customs duty payment as Armenia is member of the Eurasian Economic Union.

Such a policy of Rosneft, which is owned by Armenia’s ally Russian government, is solely related to the monopoly that has been given to that organization and to Russian petrol. As a consequence, the prices for petrol and diesel in Armenia have lost the connection with international prices that keep on falling.

But if we consider that 10.5 million liters of petrol are consumed in Armenia on a monthly basis, it results that Russian “Rosneft” is getting 1.5 billion AMD superprofit from the pockets of Armenian citizens. 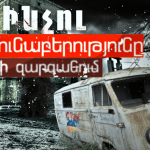 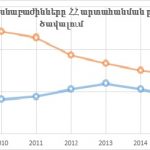