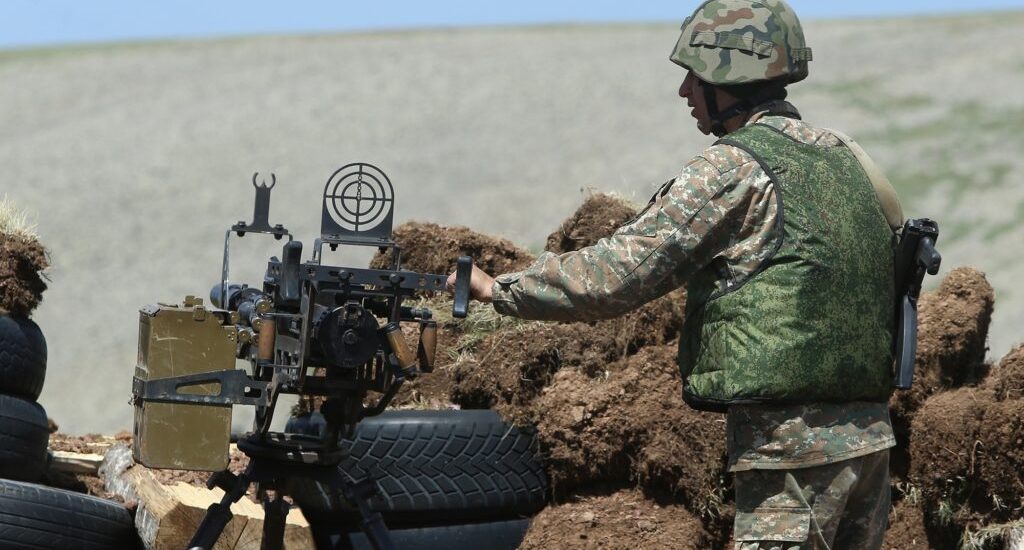 On September 13, Azerbaijan launched a military offensive operation across the whole Eastern and South-Eastern border with Armenia, striking military targets and civilian infrastructure alike, in gross violation of Geneva Conventions. As of 12:00 pm, Armenia has reported of 49 casualties; this number will continue to grow. Azerbaijan unleashed this new attack on Armenia’s sovereign territory less than two weeks after the meeting between Pashinyan and Aliyev in Brussels brokered by the European Commission.

The attack is nothing short of aggression and follows days of disinformation by Azerbaijan about Armenia violating ceasefire. A similar attack can be expected against Nagorno-Karabakh any time, given the similar ongoing disinformation campaign there. In the face of impunity for the war crimes Azerbaijan committed during the war and largely neutral international response to post 2020 developments, including the lack of any condemnation of actions of Baku, this aggression is hardly a surprise. The recent gas deal that the EU signed with Azerbaijan only strengthened Baku’s hardline approach. Azerbaijan is likely trying to further weaken Armenia and push for the so called “Zangezur corridor” under its sovereignty. This attack also aims to pressure Armenia to stop its calls for protecting the rights of Armenians in Nagorno-Karabakh. Crucially, according to official Baku, the attack aimed to destroy Armenian military targets in Armenia proper, rejecting Armenia’s legitimate right to self-defense.

In this context, adequate and uncompromising international response is crucial to prevent worsening of the situation. Moreover, apart from simply condemning Baku’s actions, it is time to show resolve and be clear about consequences in the light of continued aggression, including through international sanctions. Since the end of the war, we have been calling for greater international engagement and presence in the region to try to stop autocratic Baku’s militaristic approach in resolving the conflict. This is now needed more than ever. We have also been calling for civilian monitoring mission along the border between the two countries, and this continues to be relevant in the light of disinformation campaigns and continued use of force by Azerbaijan.

Without proper measures, we worry that the current situation will not only worsen the isolation and the humanitarian situation of Armenians in Nagorno-Karabakh but will bolster Baku to resort to force and pursue its goal of ethnically cleansing indigenous Armenians living there. The attack against sovereignty of Armenia deserves a strong and united action by the west in the first place.