The Human Dimension Conference of the OSCE ODIHR continues in Warsaw, where Daniel Ioannisyan, Programs Coordinator of the Union of Informed Citizens, spoke today addressing the state policy on media in Azerbaijan.

The video recording of Daniel Ioannisyan’s speech and the Armenian text is presented below.

It is, perhaps, not unknown to anyone in this hall that anti-democratic propaganda and media manipulations are becoming a serious challenge in almost all OSCE member states. Armenia is not an exception in this regard, where some local forces in cooperation with Russian propaganda machine are trying to devalue the idea of democracy in every possible way.

Given the low level of media literacy and shortage of independent media, these forces succeed in achieving a certain result, however, fortunately to a limited degree.

The shortage of independent media also leads to another issue. Large segments of the public no longer value the media and are sometimes even hostile to all journalists, including those that generate independent and quality content.

I would also like to inform you that during last year we have recorded three cases of dragging journalists by the officers of the unit of the National Security Service responsible for bodyguarding of the high ranking officials. Union of Informed Citizens have submitted applications with video evidence to the Prosecutor’s Office on those cases, but no officer who impeded the activities of journalists has been held accountable.

I would like to talk about the state policy on media in the neighboring Azerbaijan, which has a negative impact on the conflict.

Azerbaijan is the leader in the Council of Europe in terms of suppressing independent media and, unfortunately, there is practically no independent or opposition media in that country. In Azerbaijan, pluralism is quite suppressed and in the media field state-propaganda is dominant.

And official Baku propaganda, as recorded by various respected international organizations, is Armenophobic. Under the suppression of freedom of speech and pluralism in Azerbaijan, there is a lack of constructive debate about the conflict, Armenia or Armenians.

For instance, as a result of the unprovoked attack on Armenia on September 13, about 200 Armenian and about 100 Azerbaijani soldiers were killed. And the Azerbaijani society is unable to ask its authorities why this step, which took hundreds of lives, was made.

At the same time, I would like to note that Azerbaijan targets foreign journalists who criticize it in various ways ranging from a massive attack organized on Twitter to hitting a group of journalists with the full 40-rocket package of GRAD MRL system in the city of Martuni in Nagorno-Karabakh, where there was no military infrastructure within the radius of several kilometers. 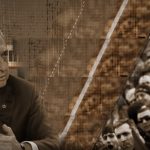 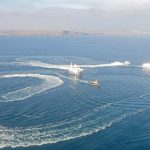 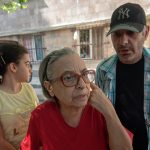