The Chronicle of Unprecedented Activation of Karabagh Talks

Lately the negotiation process over Nagorno Karabagh conflict regulation seems to have entered an entirely new and much larger-scale stage. An attestation of this claim is the fact that the topic of Karabagh conflict is addressed during telephone conversations and meetings between representatives of superpowers. And Armenia and Azerbaijan are constantly “in touch” with those representatives.

Of particular interest is the active participation of foreign political agencies of the OSCE Minsk Group members Russia and the United States. US Secretary of State John Kerry and Russian Foreign Minister Sergey Lavrov had three official telephone conversations only in June, particularly, on June 4, 13 and 21 (another conversation had taken place on May 29). The Karabagh conflict settlement process was also discussed along with conflicts in Ukraine and Syria. All of the conversations specially addressed the Sargsyan-Aliyev meeting that had taken place in Vienna on May 16. And the subsequent conversations also addressed the Sargsyan-Aliyev-Putin meeting in Saint Petersburg on June 20.

Kerry and Lavrov have already had a conversation in July, particularly on July 5. And on July 11, it became clear that the Secretary of State is due to visit Saint Petersburg on July 14 and that the Karabagh conflict will also be discussed during that visit.

In addition, it is worth mentioning that Sergey Lavrov visited Yerevan on July 4 and is currently in Baku for a two-day visit (July 11-12). Naturally, respective negotiations are taking place in all the cases.

Along with active participation by Russia, active ties are maintained by Washington as well. In particular, US Secretary of State John Kerry called Serj Sargsyan on June 30. And in the same period, Kerry had a telephone conversation with Ilham Aliyev.

Telephone Conversations on the Level of Presidents

In addition to communication on the level of foreign ministers, Nagorno Karabagh conflict has also been addressed in the telephone conversations between presidents. Particularly, a telephone conversation was held between Russian President Vladimir Putin and French President Francoise Hollande on June 30 (again on the topic of Nagorno Karabagh). And Karabagh conflict was one of the topics discussed during the telephone conversation held between Russian President Vladimir Putin and US President Barack Obama on July 6. According to official press releases, Putin presented the results of the aforementioned meeting in Saint Petersburg during that conversation. It should be mentioned here that after the Serj Sargsyan – Ilham Aliyev – Vladimir Putin trilateral meeting, the negotiating parties stated that a certain positive dynamics can be observed in the negotiation process.

The aforementioned communication and its intensity show that the negotiation process over the conflict resolution is probably in such a stage when the mediators are in continuous working mode and regularly need to make various adjustments. 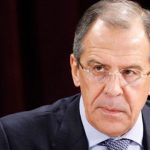 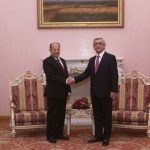