Democracy Index of the Republic of Nagorno Karabakh

Though the current international system does not have a specific legislative model of recognizing unrecognized republics, the de-facto democratic republics can aspire to international recognition in case they have a formulated statehood and conform to specific preconditions. In case of Nagorno Karabakh (Artsakh), being maximally democratic is yet another negotiating card in the hands of the Armenian side against Azerbaijan, where the people are completely deprived of political freedoms. One of the aforementioned preconditions is following the standards of democracy. Hence, let us see to what extent Nagorno Karabakh conforms to those standards.

According to Article 1 of the NKR Constitution, “The Republic of Nagorno Karabakh is a sovereign, democratic state, based on social justice and the rule of law”. However, the real picture today, a quarter of a century after declaration of independence, differs from the principles declared by the Constitution.

Today NKR has a number of issues related to democracy. One of the primary issues is the freedom of press. The only broadcast channel has a clearly pro-government orientation and the newspapers belong only to ruling parties.

Although a number of international organizations, including the aforementioned Freedom House, consider the NKR parliamentary elections of 2015 considerably more democratic than the previous elections, nonetheless, the opposition is not duly represented in parliament. Moreover, the attack on NKR oppositionist deputy Hayk Khanumyan in June and the authorities’ failure to bring those guilty of the attack to justice serve as evidence that opposition representatives not only do not enjoy equal conditions for becoming NKR deputies, but also may be subjected to pressures.

Another example of NKR authorities favoring violent methods was the attack and brutal beating of the members of the “Pre-Parliament” group by the NKR police on the Armenia-Karabakh border. It results that the NKR Government can easily decide to use brutal violence against those visitors of their country who have different political views.

Hence, though the official propaganda in NKR keeps on stating that unlimited political freedoms can weaken the country’s safety and enhance the external danger, in reality, adopting a democratic state system could solve a part of the country’s problems because it would increase the number of NKR’s friends among the international community, thereby increasing the pressure on Azerbaijan. 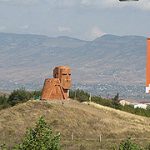 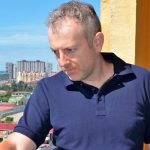 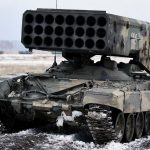