Quick Rise of Tensions in Relations between the USA and Azerbaijan 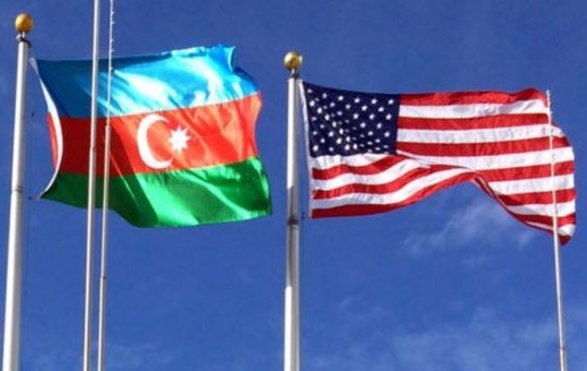 The United States’ position on Nagorno Karabakh conflict has recently resulted in some tensions in the relations between the USA and Azerbaijan.

In his letter to Barack Obama on the occasion of US Independence Day back on July 4 of 2016, President of Azerbaijan Ilham Aliev expressed his hope that the efforts of the United States in the settlement of Nagorno Karabagh conflict will bring positive results. However, already in October, Aliev put into doubt the mediation role of the United States as a co-chair country of the OSCE Minsk Group.

Such a change in attitude towards Washington is probably related to the statement the US Secretary of State John Kerry made in October. In particular, the Secretary of State claimed that currently there are no proper conditions for the settlement of Nagorno Karabakh conflict as the leaders of the conflict parties are not ready for that. Aliev gave an extremely harsh response to this statement during a Government session:

“This statement is surprising, to say the least. It is unfair to blame Azerbaijan for the unresolved conflict. We do not accept such statements. We believe that in the nearest future, such expressions should be changed on the highest level. Otherwise, the mediation mission may be put into doubt”, Aliev said, mentioning that pressure is being exerted on Azerbaijan in the negotiation process in order to recognize Nagorno Karabakh’s status.

In fact, such a response to US Secretary of State John Kerry’s statement testifies that a new stage of tensions in Washington-Baku relations may start.

Currently, the main controversies between Azerbaijan and the USA concern the human rights and freedom of speech limitations in Azerbaijan. The tensions between the sides reached the culminating point at the end of 2014, when the office of Radio Liberty in Baku was closed after the arrest of a famous journalist Khadija Ismayilova. Then US President Barack Obama stated that there are serious issues in Azerbaijan related to human rights and freedom of speech.

It is not a coincidence that a few famous political prisoners were released in Azerbaijan in spring of 2016, after April war and before Aliev’s departure to participate in the Nuclear Security Summit held in the USA. In that way, Azerbaijan wished to get Washington’s positive position in order to use it later in the negotiations over the Nagorno Karabakh conflict. However, the unfavorable course of negotiations made Azerbaijan withhold from that strategy. At the end of summer and especially in September, on the eve of the Constitutional referendum, Baku’s authorities restarted political pressures, which have brought to renewed tensions in the Azerbaijani-American relations.

Against this backdrop, of crucial importance is the interview given by the American Co-Chair of the OSCE Minsk Group James Warlick to the Russian Interfax agency, in which the diplomat reminds about the ban by the US Congress on selling arms to Azerbaijan. And, in fact, he states that the United States do not provide arms to the conflicting sides.

It is also worth noting that the Azerbaijan – US relations are currently in such a critical condition that US President Barack Obama did not congratulate Aliev on the 25th anniversary of Azerbaijan’s independence on October 18. Instead, the US Embassy in Baku issued a statement on October 19, in which it congratulated Azerbaijan on the anniversary of its independence and reminded Azerbaijan’s authorities about human rights, freedom of speech and peaceful settlement of Nagorno Karabakh conflict. 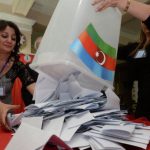 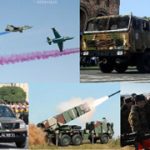