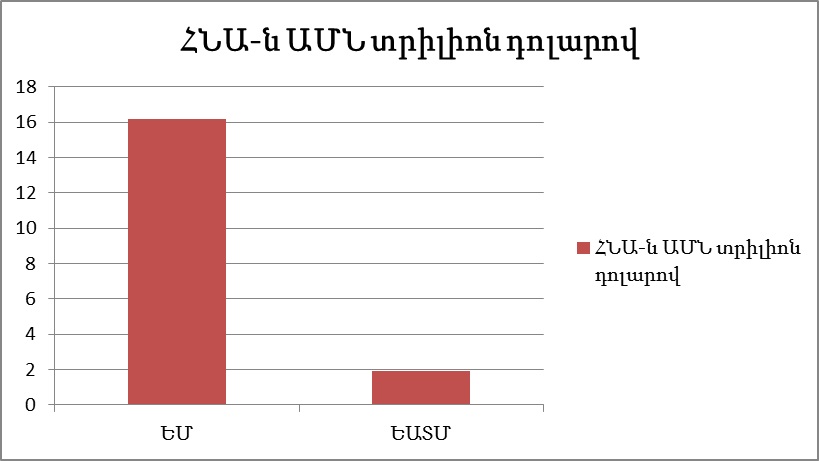 Belarus, Kazakhstan and Russia presented the creation of the Eurasian Economic Union as a “historic moment”. To what extent is it really historic? Can the EAEU become a union similar to the European Union? It is worth drawing parallels between the EAEU and the EU once again.

The number of population in the Eurasian Economic Union is around 179 million, the gross domestic product (GDP) is 1.9 trillion USD. Meanwhile, the population of the European Union is 510.1 million and the GDP is 16.2 trillion. The former has 5, and the latter has 28 member countries. 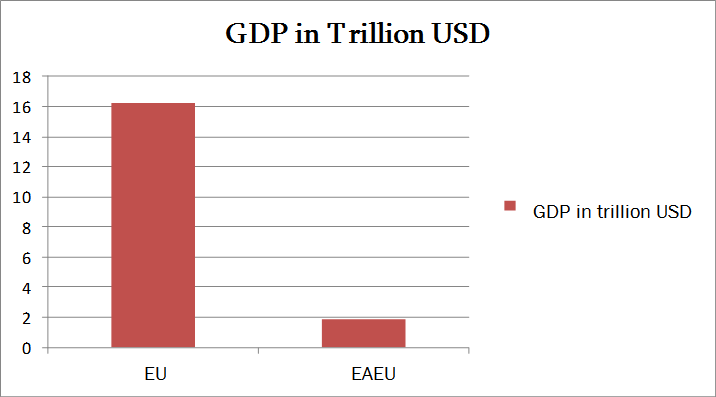 In case of the EAEU countries, the respective indicators are completely different. In 2016, the GDP per capita in the richest countries of the EAEU (Russia and Kazakhstan) was considerably lower than the GDP in the poorest EU country (Romania). It is not even worth discussing Kyrgyzstan which has the lowest GDP (995 USD) in the EAEU.

Hence, both in terms of overall economic potential, and economic status of the population, the EAEU is very far from the EU.

External Economic Integration as a Criterion

One of the most crucial indicators of the importance of any economic union is the desire of other countries to join it. Though EAEU leaders mention about development of integration processes with the participation of China, India, Iran, CIS, “BRICS” and other stakeholder states and integration systems, so far only Tajikistan has expressed a desire to join the EAEU.

Meanwhile, the number of countries that wish to join the European Union is considerably larger and includes Macedonia, Montenegro, Serbia, Albania, Turkey, Ukraine, Georgia and Moldova. And while the EU does not want further expansion taking into consideration the already sufficient number of member states, the EAEU would be happy to see a few more regional states (even with a declining economy) as its members. Moreover, the global economic integration and trade of the EAEU is largely hindered by Russia’s differences with the EU.

The same picture can be observed in case of free trade areas. The EAEU has free trade only with Vietnam, while the EU has free trade with a number of European and non-European states, namely Norway, Switzerland, Lichtenstein, Iceland, Moldova, Tunisia, Turkey and about three dozens of other countries. Armenia could also have been in the list of the aforementioned countries if RA President Serzh Sargsyan had not suddenly decided to join Russia-Belarus-Kazakhstan economic alliance instead of the EU.

The lion’s share of EAEU’s GDP of 1.9 trillion USD belongs to Russia (1.6 trillion USD), which forms 84.2% of the total GDP. In case of the EU, such an indicator does not exist. In 2015, the 5 largest economies in the EU (Germany, the United Kingdom, France, Italy and Spain) altogether ensured 67.6% of the European Union’s GDP. This also strengthens the potential of the EU countries’ diplomatic agencies to arrive to mutually beneficial decisions and not allow any one state to single-handedly take over control of the situation (as is the case with Russia in the EAEU).

The aforementioned circumstance of Russia’s single-handed control hinders internal “healthy” integration between the EAEU countries, putting at stake the interests of small countries like Armenia. Such a disproportion will sooner or later bring to either an economic disaster or collapse of the union.

Thus, both in terms of internal and external integration processes, and economic power, the EAEU is an incomplete structure, with a vague prospect, mainly concentrated on development of cooperation with not so developed countries of Middle East, East and Far East.