Discussion of the New Electoral Code and Presentation of Positions

On April 23, “Union of Informed Citizens” NGO organized a discussion on the topic “Discussion of the New Electoral Code and Presentation of Positions” with the support of “Open Society Foundations – Armenia”.

Referring to the electoral mechanism, Minister – Chief of Staff of the RA Government Davit Harutyunyan explained in detail how the voting process will take place and whether it is possible to check by the electronic system if the names of citizens are repeated or not. According to Harutyunyan, the proposed technical device eliminates the human factor, as well as takes fingerprints.

Mr. Harutyunyan also noted that currently the political parties do not possess an adequate culture of cooperation.

Referring to live broadcasting, Davit Harutyunyan noted that he is opposed to that idea as live broadcasting may be disrupted. Instead, he proposed to conduct video recording, setting surveillance cameras in the polling stations.

Referring to the responsibility of the state, Executive Director at “Open Society Foundations – Armenia” Larisa Minasyan noted that the Government does not feel obliged to conduct free and fair elections, and considers it the problem of the opposition or the observers. 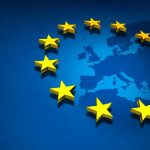 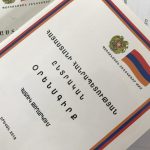