In 2016, Armenia received 7,631 tons of goods worth 45.6 million USD as humanitarian aid, which is lower than the indicator of the previous year by 7.5% or 3.6 million USD. The figure below shows that the volume of this type of assistance to Armenia has been steadily declining since 2011. As a result, the volume of aid provided in 2011 exceeds that of 2016 by 25%.

The following have had the largest share in the commodity structure of the received aid in 2016: products of chemical and related industries (51.7%), textile goods (14.3%), various industrial products (7.3%), as well as machines, equipment and various mechanisms (7.1%). The largest growth (compared to last year) has been registered in the textile items, the import volume of which has increased by 101%, reaching 6.5 million USD. At the same time, 17% growth has also been recorded in prepared food products. In 2016, Armenia received prepared food products worth 300 million AMD.

In 2016, the largest donor country for humanitarian aid to Armenia was the United States of America (21%), followed by Switzerland (16.9%) and China (14.2%). Moreover, since 2004, the US has continuously been the main source of humanitarian aid provided to Armenia. The share of this country in the total volume of assistance has even increased that of 73% during some years. The only exception is the year 2012, when China’s share reached 31.7% of the total aid.

One of the most important sources of humanitarian aid is also the EU. The share of its member countries in the total assistance formed 24% in 2016, decreasing by 3.7% compared to the previous year. The largest donor country among EU states is Italy (5.3%), followed by Germany (4%), Great Britain (3.9%) and the Netherlands (2.3%). 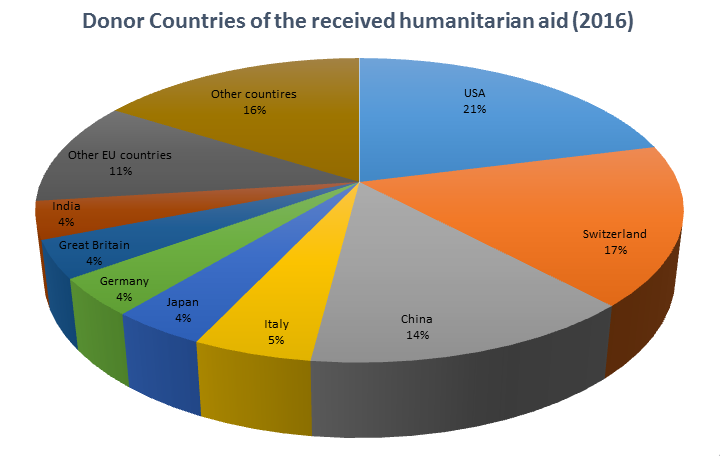 It is interesting to note that during last year, the Russian Federation provided only 14 thousand USD humanitarian aid to Armenia and, thus, the share of CIS countries in the total aid has not exceeded 0.1%. 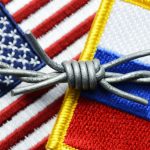 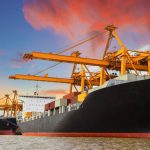