One of the most essential concerns recorded by “Independent Observer” Public Alliance during the Apil 2, 2017 Parliamentary Elections in Armenia was violations of secrecy of voting.

To Assess this, in April 2017 “Independent Observer” Public Alliance requested the CEC to provide precinct-by-precinct data on assisted voting. The information was received recently.

Thus, 70 488 or 4.5% of those who voted did so with assistance. Moreover, this is just a fraction of the full picture as in 67% of the observed polling stations observers recorded cases when the person entering the voting booth with the voter did not register as an assistant. (You can several videos of such cases here).

The absolute record belongs to 14/49 polling station in Armavir, where according to the CEC response, 89% of the voters voted with assistance.

To make it clear that the majority of voters that voted with assistance did not actually require assistance, it should be noted that there were large magnifying glasses at the polling stations for voters with low vision. Hence, voters with some degrees of visual impairment could vote without assistance.

Who the assistance was for

Notably, there is a correlation between the number of assisted voting and the number of votes received by the Republican Party at a given precinct.

Thus,  the RPA that received around 49% of votes in general, received above average votes in those polling stations were there was a larger number of assisted voting.

The correlation between assisted voting and RPA votes at polling stations is presented in the graph below. 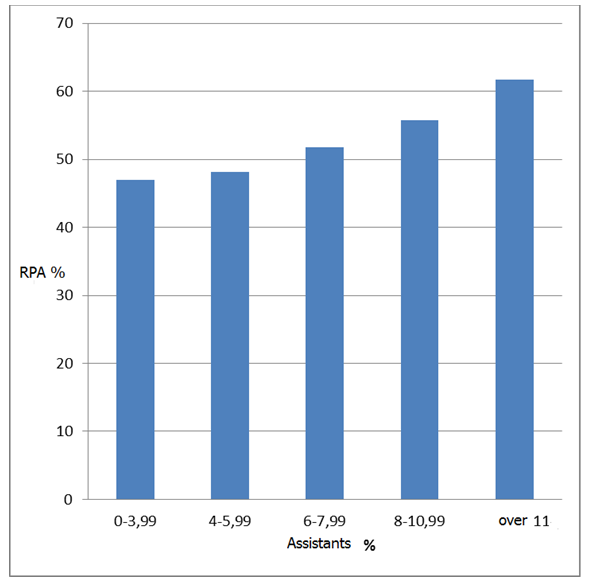 It should be indicated that there was no similar correlation between the number of assisted voting and the votes received by the other three parties and alliances that were elected: “Tsarukyan” bloc, “Yelq” bloc, and Armenian Revolutionary Federation. Exactly the opposite, their percentage of votes in favor decreases with the increase of the number of assisted voting.

The explanation to the phenomenon is that on April 2, 2017, Parliamentary election day, thousands of were controlled by the so-called “assistants” in favor of the Republican Party of Armenia.

This is yet another proof of our initial assessment that the elections were not free.
“Independent Observer” Public Alliance

On behalf of Helsinki Citizens’ Assembly – Vanadzor and the Union of Informed Citizens. 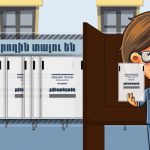 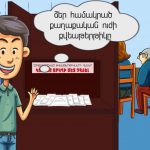