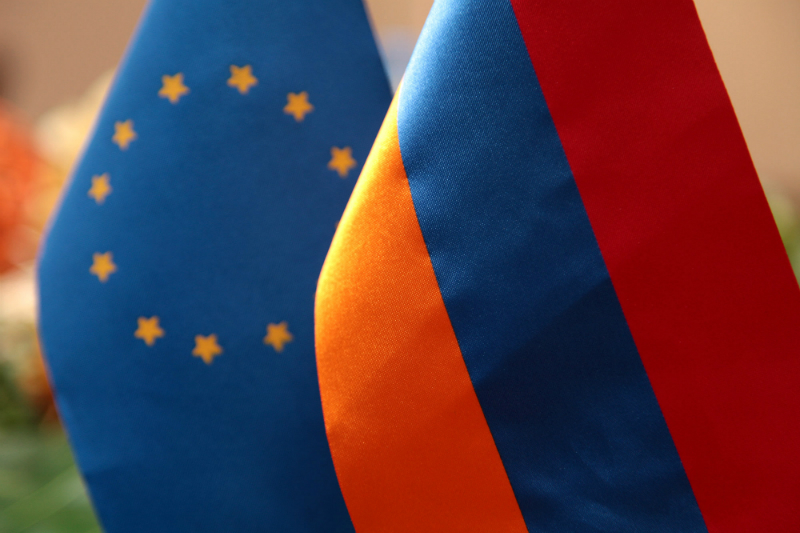 Union of Informed Citizens decided to make key parts of the agreement be more accessible to the public.

Thus, within the scope of Article 386, the agreement covers regulation of the most diverse areas of EU-Armenia partnership including political, civil, legal, economic, energy, nature protection, educational, cultural and other fields, as well as the need to promote reforms and development in those areas. The agreement consists of the introduction and 8 parts: 1) objectives and general principles; 2) political dialogue and reform; cooperation in the field of foreign trade and security policy, 3) justice, freedom and security, 4) economic cooperation, 5) other cooperation policies, 6) trade and trade related matters, 7) financial assistance and anti-fraud and control provisions, 8) institutional, general and final provisions.

Below we present the most interesting parts.

Introductory provisions of the document refer to Artsakh issue. In particular, it is mentioned that the importance of the commitment of the Republic of Armenia to the peaceful and lasting settlement of the Nagorno-Karabakh conflict, and the need to achieve that settlement as early as possible in the framework of the negotiations led by the OSCE Minsk Group co-chairs are accepted. It is also emphasized that the settlement should be based on the goals and principles set out in the UN Charter and the OSCE Helsinki Final Act, in particular, those related to refraining from the threat or use of force, the territorial integrity of States, and the equal rights and self-determination of peoples also noting the stated commitment of the European Union to support this settlement process.

– The cooperation in the field of political dialogue and reform is set out in Articles 4 to 11. According to Article 4, the parties should cooperate:

«a) developing, consolidating and increasing the stability and effectiveness of democratic institutions and the rule of law;

(b) ensuring respect for human rights and fundamental freedoms;

(c) making further progress on judicial and legal reform, so as to secure the independence, quality and efficiency of the judiciary, the prosecution and law enforcement;

(d) strengthening the administrative capacity and guaranteeing the impartiality and effectiveness of law-enforcement bodies;

– The agreement also deals with serious crimes of international concern and cooperation with International Criminal Court, conflict prevention, crisis management and regional stability. In this context, the aim is to highlight the existence of open borders with cross-border movement in the region, good neighborly relations and democratic development, and EU-Armenia joint efforts to settle conflicts peacefully.

– The agreement regulates cooperation in the field of weapons of mass destruction, their non-proliferation and disarmament, control of export of small-caliber weapons and light weapons and ordinary weapon, as well as combating terrorism.

– The agreement regulates future cooperation in the areas of justice, freedom and security. Respect for the rule of law and enjoyment of human rights and fundamental freedoms, independence of the judiciary system, access to justice, the right to a fair trial provided for by the European Convention on Human Rights and procedural safeguards in criminal matters and victims’ rights, as well as the prohibition of discrimination should guide the whole scope of cooperation for freedom, security and justice. This part also envisages cooperation in the field of personal data protection, migration, granting asylum and border management, movement of persons and readmission, organized crime and anti-corruption, prohibited drugs, money laundering and terrorism financing, combating terrorism.

– It is mentioned in the section on economic dialogue that Armenia should take steps to develop a well-functioning market economy and to gradually approximate its economic and financial arrangements and policies to those of the The European Union, in its turn, will support Armenia in ensuring sound macroeconomic policies including independence of the Central Bank and price stability, sound public finance, sustainable foreign exchange rate regime and balance of payments.

– According to the agreement, the parties undertake to deepen mutual assistance and exchange information on the macroeconomic The EU activates support for efficiency of public internal control and audit, with special emphasis on the independence of the Chamber of Control as the supreme audit institution of the Republic of Armenia and the application of international standards.

– A small part of the agreement is dedicated to the tax system, where the EU expresses its willingness to support the improvement of the tax system and tax administration of the Republic of Armenia and promote the fight against smuggling.

– It is also envisaged to implement SME development strategies based on the principles of the Small Business Act for Europe, as well as monitor the process through regular reporting and dialogue.

– The Agreement also regulates trade cooperation which reaffirms the principles of international trade established by the WTO, excludes application of export customs duties, but each party continues to apply the former customs regime for imported goods. Nevertheless, the EU and the Republic of Armenia express their desire to continue cooperation to improve the customs administration of RA and combat smuggling and fraud.

– The Agreement provides for setting up a CUSTOMS Subcommittee, which will periodically hold meetings and oversee the custom-related technical assistance, rules for determining the country of origin of the goods, protection of intellectual property rights as well as the implementation of the relevant provisions on the proper application of customs procedures.

– A separate section is dedicated to investments that stipulates that in order to facilitate bilateral investments Armenia and the European Union will periodically jointly assess the investment environment and the legal framework within 3 years after signing of the Agreement, afterwards on a regular basis on the basis of which the parties take into consideration the possibility of initiating negotiations for the purpose of elaborating the provisions of the agreement, including investment protection.

– The document contains extensive provisions on energy cooperation and nuclear safety. The need to enhance energy supply and promote diversity of production, the need to diversify energy sources and transmission lines, the use of renewable energy sources, energy efficiency and energy savings, as well as the importance of developing a competitive energy market and integrating in regional markets are highlighted. Cooperation in nuclear safety involves the exchange of best practices and training in this area to ensure safe operation of nuclear power plants.

– Cooperation in the energy sector also implies closure and safe decommissioning of Metsamor nuclear power plant. At the same time it is mentioned that it is necessary to adopt a roadmap or action plan, which intends to substitute the Metsamor NPP with the new capacity required to ensure the energy security and conditions for sustainable development of the Republic of Armenia.

– The agreement focuses on education and youth issues, highlighting the important role of collaboration in this field in promoting cooperation and political dialogue between the EU and Armenia. Particularly, it is mentioned that special attention should be paid to vocational and higher education as a key to creating jobs, modernization of education and training systems, and encouragement of learning foreign languages. Special emphasis is placed on the need for cooperation reinforcing understanding and knowledge of the European integration process, the academic dialogue on EU Eastern Partnership relations, and participation in relevant programmes of the European Union.

– The EU-Armenia Agreement also addresses environment protection, agricultural and rural development, mining and healthcare issues in separate chapters. It is emphasized that bilateral cooperation should be implemented taking into account mutual benefit-based interests and aimed at promoting and improving areas.

– The document also contains institutional provisions. Thus, the Partnership Council is established by the agreement which monitors and periodically evaluates the implementation of the agreement. It is composed of representatives from the ministerial level of the parties and meets once a year. The Council is chaired alternately by a representative of the European Union and a representative of the Republic of Armenia. The Partnership Council has the power to make decisions within the framework of the agreement, and decisions are binding upon the parties. 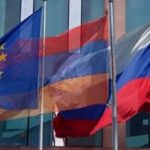