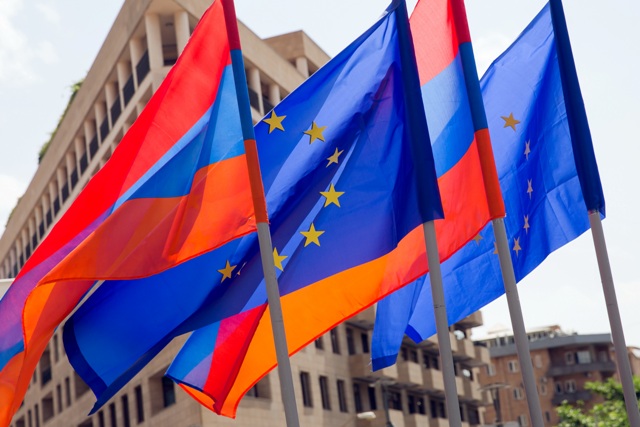 On October 13, the text of the Comprehensive and Extended Partnership Agreement to be signed between the European Union and the Republic of Armenia in November. As expected the agreement touches upon the Karabakh conflict among other issues.

What does the Agreement state?

The text of the Agreement reads that the parties recognize the importance of the commitment of the Republic of Armenia to the peaceful and lasting settlement of the Nagorno-Karabakh conflict, and the need to achieve that settlement as early as possible, in the framework of the negotiations led by the OSCE Minsk Group co-chairs.

Then it follows that it is required to achieve that settlement on the basis of the purposes and principles enshrined in the UN Charter and the OSCE Helsinki Final Act, in particular those related to refraining from the threat or use of force, the territorial integrity of States, and the equal rights and self-determination of peoples also noting the stated commitment of the European Union to support this settlement process.

Is it an ordinary formulation?

At the same time this formulation establishes legitimate grounds for Artsakh being ever formally recognized by the EU.