Armenia has received foreign humanitarian aid and grants since the country became independent in 1991. In the years 2008-2018, the government received about 700 million USD in foreign grants.

The largest donor of the Government is the European Union and its member states, which have provided more than 50 percent of total assistance to Armenia during the last 10 years. And the United States has provided about 30 percent of the total amount of grants.

The World Bank, Japan, Switzerland, the UN, Russia, and China are among the large donors. However, the complete list of the donors is quite comprehensive. The RA Government and the state agencies have received financial and material assistance even from India, Iran Brazil, Ukraine, and Georgia.

In 2017, Armenia received 65 million USD in foreign grants, and that amount should reach 74 million in 2018. A small part of the grants received by the government directly enters the budget, while most of them are allocated for specific projects and purposes.

Thus, only in 2018, for instance, the European Union allocated 3 million EUR for the reconstruction of the Yerevan Metro, and about 2.5 million EUR for the improvement of water supply of the capital. The US has provided about 42 million USD assistance to the RA Ministry of Defense during the last 10 years, and 5 million USD to the RA Police. Switzerland has donated about 20 million USD worth equipment to the RA Ministry of Health, and modern ambulance cars have been received from China. Armenia has received tractors and combines from India. Iran has financed the gas supply to Meghri and Agarak. Italy and Norway have financed the population census in 2011. France, Ukraine and Georgia have assisted the Armenian cinematography, and Russia assisted the theatre. Germany has assisted environmental protection activities, and the Netherlands have provided assistance to the justice sector. And Estonia and Poland have assisted the Rescue Service.  Japan has purchased 28 firefighter vehicles for Armenia. 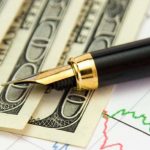 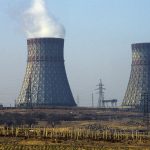