On March 13, 2018, the Ministry of Justice of the Russian Federation declared the European Platform for Democratic Elections (EPDE) and its Lithuanian member International Elections Study Center (IESC) “undesirable organizations.”

The negative attitude of the Russian Federation towards the Platform is due to the revelations by Golos Association, which is a Russian member of the Platform. Those revelations always expose electoral fraud and violations in the RF. Golos was labelled a “foreign agent” by the RF Ministry of Justice yet in 2014, and the persecution and restrictions against its members as well as the attempts to discredit them are of a continuous nature.

These days, the pressures against the employees of the Association have particularly intensified owing to the RF presidential elections due to be held on March 18 as the statistical analysis tools developed by the Association will enable to expose all the machinations of numeric data to be recorded during the elections. The exclusion of all the real potential rivals and the massive use of administrative resources in favor of incumbent president Vladimir Putin at the preparation stage of the elections already evidence that the election results are predetermined, and the principal strategy is the artificial exaggeration of voter participation.

Golos Association was not allowed to observe the upcoming elections; they were denied the provision of an area for the call center, and a clear policy is being implemented through the mass media to discredit its activity.

It should be recalled that the RA authorities did not provide an invitation to the European Platform for Democratic Elections to observe the constitutional referendum of December 2015 and the elections to the RA National Assembly held in April 2017. As a result, the Platform had to accredit observers through its local partners: the “Citizen Observer” Coalition and the “Independent Observer” Alliance. However, the presence of this very mission in Armenia in December 2015 gave the opportunity to call out the large-scale election fraud during the constitutional referendum. 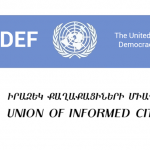 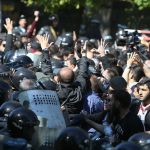 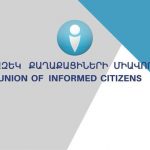