At the “Nation-army 2017” conference the former Minister of Education and Science Levon Mkrtchyan assigned the teachers and principles of schools to ensure that “after graduation in each school there are dozens of children, who dream of becoming officers”. Mkrtchyan also stated that the greatest mission of Armenia’s education system must be making the “Nation- Army” ideology accessible for each family.

Even though military-patriotic events had been frequently held in schools before this announcement as well, but they have registered unprecedented growth since 2017. In collaboration with the Ministry of Education and the Ministry of Defense, military games were held at schools, and shooting ranges were opened. The police also participated in the propaganda campaign by presenting Vigen Sargsyan’s “It is me” and “I have the Honor” programs and their “advantages” in schools.

In March 2018, the Ministry of Education and Science presented the “RA Government decision to approve the military-patriotic education strategy for learners,” project which was targeted to supplement the “gaps” of the military campaigns in schools.

Regional authorities have also contributed to the development of the so-called “military-patriotic upbringing” development. In March 2018, authorities in Shirak province awarded teachers whose students showed “willingness to die for the homeland”.

The “Union of informed Citizens’” propaganda monitoring team monitored the conceptual propaganda methods in educational institutions during the period from October 2016 to March 2018.

Facts on propagandizing in kindergartens, schools, and universities, and various examples of events aiming at militarizing the students are presented in the report.

The Armenian version of the report is available here.

The report is also translated into English. The English version is available here. 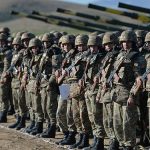 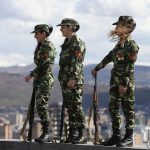 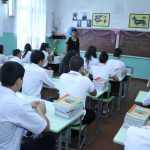 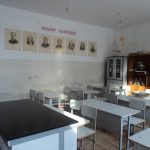