During his recent regional visit, US President’s National Security Advisor John Bolton suggested that Armenian authorities purchase American weapons. And though arms sales to Armenia and Azerbaijan are forbidden by Amendment 907 to the “Freedom Support Act” passed by the US Congress, Bolton did not exclude the scenario that the ban may be revised. Moreover, after Bolton’s visit, according to some sources, Sweden offered official Yerevan to purchase Saab Jas 39 Gripen fighter aircraft.

Let us try to understand some issues related to the purchase of the fighter aircraft that were left out of the discussion.

Discussions on the possible acquisition of the fighter aircraft began on June 20, when Secretary of the National Security Council Armen Grigoryan spoke about the possibility of replenishing the Armenian Air Force arsenal with multifunctional Russian fighter aircraft (which was preceded by Prime Minister Nikol Pashinyan’s “selfie” in the cabin of the Russian SU-30 fighter aircraft).

On August 28, Defense Minister Davit Tonoyan talked about the necessity to have fighter-bombers in the Armed Forces. The Armenian Air Force is now armed with the Sukhoi SU-25 “Grach” jet aircraft and L -39 “Albatros” jet-trainers, and unlike Azerbaijan, it has no fighter aircraft.

Regardless of what kind of fighter aircraft is required for the Armenian Armed Forces (heavy SU-30 or lighter ILO-35 or JAS 39 Gripen), the main direction of their acquisition is Russia. At the same time, the United States has a negative attitude towards the purchase of Russian arms by any country. Recently Washington imposed sanctions on China for the purchase of the SU-35 fighter aircraft.

Obviously, the question of purchase of Russian military equipment (and possibly the fighter aircraft) was discussed during the Pashinyan-Bolton talks. At the same time, the White House understands that the Congress will hardly cancel the ban on arms sales to Armenia and Azerbaijan. And US ally Sweden’s offer to purchase the “Gripens” may have had the purpose of providing an alternative to Russian fighter aircraft.

Price-quality ratio of Gripen fighter aircraft is beneficial for Armenia. They are much more affordable than many other multifunctional 4th generation fighter aircraft. Moreover, their maintenance costs are also lower than those of rival fighter aircraft. It is difficult to say whether Armenia specifically needs the Gripens. But Armenia has serious problems with regard to acquisition of non-Russian weapons.

Before accession to the EAEU, the Defense Ministry naturally did not pay a customs duty when purchasing weapons and other equipment. Whatever it paid was paid to the RA budget. However, according to the EAEU agreement, when importing weapons, ammunition and other goods from other countries, all customs duties are paid not to the state but to the budget of the Union. And only one percent of these paid customs duties returns to the Armenian budget, and around 99 percent goes to other EAEU countries (mostly Russia).

The customs rates of military equipment (arms, armored vehicles, cars, etc.) range from 15 to 20 percent. That is, if the Ministry of Defense wants to buy a Swedish aircraft, a Serbian sniper rifle or a French anti-tank system, it will have to transfer at least 15 percent of its cost to the EAEU budget.

And though Article 44 of Annex 3 to the Agreement on Armenia’s accession to the EAEU stipulates that until 2022 only those military goods shall be exempted from customs clearance which do not have an analogous one produced in the EAEU. However, Russia is member of the EAEU, and it produces all types of military equipment and, hence, it is hardly possible to find equipment produced in another country which will not have its analogue in the EAEU (with unique exceptions).

The same refers to the Swedish fighter aircraft. Though their maintenance costs are significantly lower than those of its rival aircraft, a customs fee shall be paid to the EAEU countries from its purchase in the amount equal to 15 percent of its price, and this factor significantly reduces the probability of success of this deal. 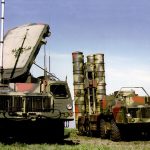 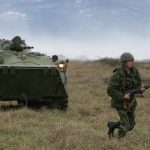