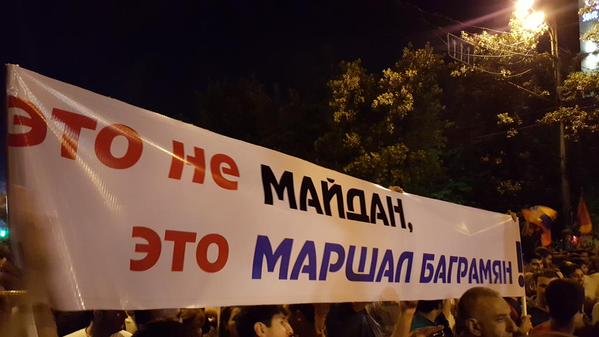 Recently there is a lot of conversation about the inadequate response of Russian mass media and the public to the protests taking place in Armenia. While the Russian media were distorting the information related to the Baghramyan protests by spreading absolute disinformation and preaching hostility against demonstrators, sometimes it turned into anti-Armenian and pro-Azerbaijani propaganda. Russian society’s attitude towards Armenians and events taking place in Armenia starts to remind us of the attitude towards the Ukrainian Maidan though these two events are essentially different from each other.

The anti-Armenian statements of the Russian media on the one hand and Russia’s quick decision to pass Hrachya Harutyunyan and Valeri Permyakov to Armenia on the other hand suggest that anti-Armenian allegations in the media were not so beneficial for Kremlin. Naturally, the Russian authorities, who have a number of problems related to the Ukrainian conflict, do not want yet another uncontrollable situation in the region. Nevertheless, the anti-Armenian wave in the Russian society is creating anti-Russian sentiments in Armenia. Hence, it is not clear why the Russian media diligently spread disinformation. The answer can be found in the peculiarities of Russian national identity.

Unification against the Image of the Enemy

The Russian society, which is not able to put up with the rapidly changing world following the imperialism era, proved multiple times during last year that the image of the enemy is a unifying force. The sharp increase of nationalist sentiment in Russia after the deterioration of its relations with the US and the EU is a natural phenomenon for the societies with transitional consciousness. In such cases, the society often needs the image of the “other” or “enemy” in order to understand its own identity through contrasting itself with that “other. As Huntington mentions in his book “Clash of Civilizations”, “we know who we are only when we know who we are not and often only when we know whom we are against”. Moreover, in order to imagine the “I” in the prettiest colors, it is necessary that the “other”, the image of the enemy, organizes conspiracy as often as possible. Naturally, such an identity often causes inadequate interpretation of events. Even further, the more often and strong the “other’s” conspiracies, the more your own “I” seems better.

Putin’s main playing card for uniting Russia with torn economy and full of disappointment were the manipulations with national consciousness. “Russia won the Second World War alone”, “if not for Russia, Ukraine, Armenia and other post-Soviet countries would not exist”, “Russia differs from all the countries” and other similar statements are quite common in Russia. As a result, Russian national identity depends so much on the fight against “others” that the Russian collective “I” cannot exist without clash and contrast with the West. If we described Russian identity propaganda under Putin in one word, it would sound in the following way, “Russia is not West”.

As a result, irrespective of Kremlin’s orders, the Russian society seeks US and EU trace in any unwanted event.  The Russian Government and its followers need a “serious” and “worthy” enemy. It means that “minor” countries like Armenia, Poland, Georgia, Ukraine, etc. cannot come to independent conclusions or be discontented with the corrupt policy of a specific Russian company. Meanwhile, the USA is a worthy enemy and only in the background of confrontation with it the “power” of the Russian “I” is felt. But such self-consciousness related to other cultures is dangerous, especially in case of a multicultural country like Russia. Moreover, such attitude creates anti-Russian sentiments among a concrete population group which reads mass media publications, is informed and has the ability to draw conclusions. As a result, the mechanism that was put into action in order to make Russia stronger has a reverse effect.

If the aforementioned Putin’s method of contrasting Russia to“others” seemed to temporarily solve identity problems in Russia, today it already spoils Russia’s relations with all the neighboring countries. Eventually, the society fighting against injustice cannot tolerate Russian media’s statements such as “eaters of Nuland’s cookies”, “western spies”, “aggressive activists”. It goes without saying that such allegations do not promote increase of respect towards Russia. And finally, it is not possible to create a strong identity only based on contrast and propaganda against the “enemy image”. Sooner or later such identity will act to the detriment of the public. 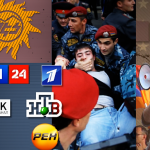 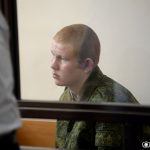 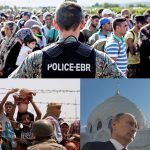 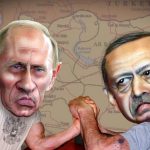