What countries Armenian leaders visit and how often

This picture of international visits by former leaders of Armenia shows that maintaining close ties and cooperation with Russia, Armenia has activated contacts with the European Union by joining the European structures and implementing a European integration policy, making Europe one of the two major directions of Armenia’s foreign policy.

Following the revolution, Armenia’s new government, led by Prime Minister Nikol Pashinyan, announced that there would be no drastic changes in the country’s foreign policy course. This is also evident from the statistics of Nikol Pashinyan’s foreign visits. As mentioned above, after becoming Prime Minister of Armenia, Nikol Pashinyan left for 37 foreign trips, 10 of which to Russia. Pashinyan has visited European Union member states 12 times. It is noteworthy that Nikol Pashinyan made 3 out of 37 visits to neighboring countries – twice to Georgia and once to Iran. In percentage, this is more than in the case of Kocharyan and Sargsyan, which is in line with Pashinyan’s statements about paying more attention to relations with regional countries.

As for the other nuances reflected in the statistics of visits of all Armenian leaders, it should be noted that besides bilateral relations with Russia, Armenia also actively participates in the works of CIS and Eurasian integration structures (CSTO and EAEU). Therefore, a considerable part of the visits of the Armenian leaders take place to the member countries of these organizations. For example, Nikol Pashinyan has made six out of his 37 visits to CIS member states – Kazakhstan, Tajikistan, Turkmenistan and Kyrgyzstan. It should also be noted that more than half of Pashinyan’s visits to Russia (6) took place within the framework of activities of Eurasian integration organizations. Consequently, Armenia’s contacts with Russia are also substantially related to integration with Eurasian structures, and this direction is generally Armenia’s biggest foreign policy priority, according to statistics of current visits.

It should also be noted that Prime Minister Nikol Pashinyan has been in office for less than two years, and it will be possible to make more accurate conclusions on foreign policy rearrangements and changes later in the longer term.

It should be noted that the data on foreign trips of Presidents Levon Ter-Petrosyan and Robert Kocharyan were received in response to an inquiry sent to the Staff of the Armenian President by the Union of Informed Citizens in 2015. Information on Serzh Sargsyan’s visits is taken from president.am website, and information on Nikol Pashinyan’s visits has been retrieved from primeminister.am website. 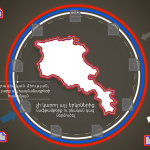 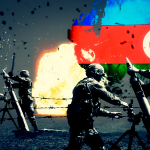