International reaction to the Armenian-Azerbaijani border clashes in Tavush

Recent violations of the ceasefire in the Tavush region of the Armenian-Azerbaijani state border not only have a negative impact on the negotiation process, but also once again demonstrate unfavorable tendencies for Armenia in the diplomatic and security organizations.

Turkey is violating its obligations under the OSCE Minsk Group

The OSCE Minsk Group (MG) is known to be in charge of the negotiation process for the peaceful settlement of the Karabakh conflict, one of the priorities of which is to prevent hostilities in the conflict zone.

Despite the aforementioned circumstance, the reaction of the OSCE MG member Turkey to the tense situation on the Armenian-Azerbaijani border is far from neutral. Moreover, Turkey reacted to the situation both at the level of the Ministry of Foreign Affairs and the President, and both statements were directed against Armenia.

In particular, the statement by Turkish President Recep Tayyip Erdogan condemned “Armenia’s attack on Azerbaijan” and the statement by the Foreign Ministry described the actions of the Armenian side as “a new manifestation of aggressive nationalist approaches.”

“We are concerned that tensions in the region since the occupation of Nagorno-Karabakh have escalated into clashes due to impudent and regular attacks by Armenia. Moreover, this latest attack was carried out not on the border with Nagorno Karabakh, but directly on the border between the two countries, using heavy weaponry,” Erdogan said. He also noted that his country will not hesitate to defend Azerbaijan.

In fact, Turkey has threatened to launch military operations against a country, in whose conflict resolution it is a mediator.

In particular, NATO Secretary General’s Special Representative for the Caucasus and Central Asia James Appathurai stated: “We are following with concern the developments on the bilateral border of Armenia and Azerbaijan, involving the use of heavy weapons and resulting in the loss of lives.”

In its turn, the CSTO stated, “The current situation does not contribute to the settlement of the issue between the two neighboring states. One of those states, the Republic of Armenia, is a CSTO member country. This situation testifies to the fact that the agreements reached by the leadership of Armenia and Azerbaijan on a ceasefire are being violated.”

If in the case of NATO such a statement was expected and understandable, as none of the conflicting parties is a member of NATO, in the case of the CSTO such a balanced statement gives the impression of indifference to its member country Armenia, once again reminding that the existence of this international organization is just a formality.

On July 15, referring to the CSTO problematic statement, Artsrun Hovhannisyan, a representative of the RA Ministry of Defense, noted that “the degree and scale of the conflict is not such that Armenia will turn to the CSTO for any action, intervention or assistance.” Nevertheless, Armenia should not have asked for assistance from the CSTO, but should have received such assistance as a member of the organization.

The OSCE Minsk Group, and the Co-Chair countries (US, Russia, France), the EU and the UN have taken neutral positions on the escalation. The statement of GUAM (Georgia, Ukraine, Azerbaijan, Moldova) organization, which expressed support to Azerbaijan, was also spread on the Internet. This organization has no international visibility or influence. Moreover, the presidency of GUAM in 2020 belongs to Azerbaijan, and the website of the organization simply republished the statement of the Ministry of Foreign Affairs of Azerbaijan.

While it seems doubtful that all GUAM member states have confirmed the statement at the Foreign Ministry level, one of the member states, Ukraine, has expressed its support for Azerbaijan. “The Ukrainian side supports the political settlement of the situation, based on respect for the sovereignty and territorial integrity of the Republic of Azerbaijan within its internationally recognized borders,” the statement  of the Ukrainian Foreign Ministry reads.

In response, Ukrainian Ambassador to Armenia Ivan Kuleba was invited to the RA Ministry of Foreign Affairs, where Deputy Foreign Minister Shavarsh Kocharyan conveyed to the ambassador the Armenian side’s assessment of Ukraine’s position.

Pakistan made a statement in support of the Azerbaijani side, claiming that Armenia has attacked Azerbaijan. It is noteworthy that Pakistan is the only country in the world that has not officially recognized the Republic of Armenia.

Dimitriօs Markopoulos, Chairman of the Greek-Armenian Friendship Group and MP from the New Democracy Party, expressed support for Armenia at the parliamentary level. “Peace and progress can only be a goal, an aspiration not only for Greece, but also for its sister country Armenia. We are deeply concerned for the entire region in relation to the escalation of border tensions at this critical time,” he said.

All the factions of the Parliament of the French Republic also issued a joint statement in support of Armenia. In this statement, it is particularly mentioned that “to support Armenia against Azerbaijan means to support the right to life.” In addition, in this statement, the French parliamentarians also condemn Turkey’s support for Azerbaijani aggression.

It should be noted that in addition to the aforementioned statements, a number of US congressmen, senators, parliamentarians of European countries, etc. have also referred to the Armenian-Azerbaijani border clashes. 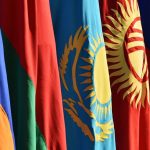 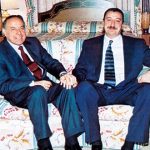 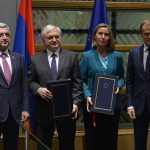