Lernahovit community of Artsakh’s Kashatagh region comprised 3 villages. Until 2016, the villages of Yeznagomer and Spitakajur, which were resettled 15 years ago, had almost no electricity, while Shirvakan village had electricity only a few hours a day.

In recent years, the rapid construction of hydropower plants in Artsakh has provided electricity to these never-electrified settlements.

The mentioned villages were provided with electricity by “Akunk” HPP, which was built in 2016. Last year, after the war, it came under the control of Azerbaijan. The villages belonging to Lernahovit community also passed to Azerbaijan.

Large and small HPPs operating in Artsakh provided electricity not only to the population of Artsakh, but also the electricity produced by them was exported to Armenia. It was a small amount of electricity for Armenia, but relatively cheap, and an additional opportunity for Artsakh to ensure economic activity.

The loss of the Artsakh’s HPPs, despite the controversial stories about the owners of the latter, became an integral part of the energy challenges of Armenia and Artsakh.

The Metsamor NPP shutdown due to restoration works, the temporary shutdown of the 5th power unit of Hrazdan TPP, the security problems faced by the hydropower plants operating in Artsakh and in the south of Armenia, and the loss of a number of hydropower plants due to the war posed new energy challenges for Armenia having a serious impact on the country’s economy.

Electricity of Armenia and Artsakh

During five years, in 2016-2020, the volume of electricity supplied from Artsakh to Armenia had increased more than 4.5 times, from 48.1 million kWh to 223 million kWh.

The growth of electricity exported to Armenia was driven by the new HPPs being built in Artsakh year by year, the electricity generated by which was cheaper. Consumption by the population of Artsakh remained almost unchanged from year to year and the surplus of electricity increased.

For comparison it should be noted that if in 2016 Sarsang HPP and 13 SHPPs operated in Artsakh, by September 2020 the total number of HPPs operating in Artsakh had reached 37 and a number of small HPPs were under construction.

According to Hakob Vardanyan, Deputy Minister of Territorial Administration and Infrastructure, in 2021 according to the initial energy balance, Armenia would import 330 million kWh of electricity from Artsakh, but due to the aftermath of the war, it will be replaced by electricity produced at the expense of Armenia’s internal resources, which is more expensive than electricity imported from Artsakh. Moreover, Armenia has already increased the volume of electricity supplied to Artsakh. Only in the first quarter of this year, more electricity was delivered to Artsakh than in the whole of 2020.

Meeting Armenia’s domestic demand at the expense of domestic resources will also reduce the volume of electricity supplied to Iran and Georgia, which deprives Armenia of additional financial flows.

The only hydropower plant operating in the Hadrut region of Artsakh, “Tum”, was built on Ishkhanaget in Mets Tagher community. The HPP received an operation license in 2017, extended it in early 2020, receiving an operation permit until 2034.

After the war that started in September 2020, however, the community and HPP became border, surrounded by settlements under the control of Azerbaijan.

As a result, the volume of electricity produced in Artsakh significantly decreased. According to official statistics, no electricity has been exported from Artsakh to Armenia since the end of the war.

The total installed capacity of all these hydropower plants was 187-5 MW. The capacity of the HPPs already operating after the war is about 2.5 times or 60% less – 75 MW.

The largest share of electricity generated by hydropower plants before the war was at the Sarsang HPP on the Sarsang Reservoir. Due to the war, the adjacent part of the reservoir, including one of the HPPs built on the reservoir, Mataghis, came under the control of Azerbaijan. According to the data of the first quarter of 2021, the production volume of the most powerful Sarsang HPP in Artsakh has decreased by 60%, from 25.5 million kWh to 10 million kWh.

As mentioned, by 2021 it was planned to import 330 million kWh of electricity from Artsakh to Armenia, but after the war the inflow of electricity completely stopped. In addition the Metsamor NPP was shut down for 141-day, as a result of which the ANPP will produce 560 million kWh less electricity this year than last year.

The 5th power unit of Hrazdan is not operated for an indefinite period of time.

Due to these factors, the energy system of Armenia is facing serious problems, the solution of which, as we mentioned, is meeting the needs through other sources, which, in turn, requires additional financial resources.

According to the Public Services Regulatory Commission, only the shutdown of the Metsamor NPP and the negative impact of the loss of most of Artsakh's hydropower plants on the country's energy system amount to about 16.5 billion AMD, which will inevitably lead to an increase of 3.41 AMD per unit of electricity.

In addition to these factors, the sharp fluctuations of the AMD exchange rate had a negative impact on the energy system, because unlike 2020, when the state budget considered the dollar at the rate of 476 AMD, in 2021 the basis for calculations was the rate of 493 AMD per dollar. The negative impact of this is estimated at about 4.6 billion AMD or about 0-95 AMD/kWh increase in the price of electricity sold to consumers.

In general, the negative factors affecting the energy system are the increase in the natural gas tariff for thermal power plants, the change in loan repayment and service costs, the difference between the estimated and actual ENA tariff margins, and so on.

However, the funds accumulated by the government for partial refinancing of the ANPP operation extension loan, as well as for the Iran-Armenia 3rd transmission line loan, allow reducing the gap of 25-9 billion AMD in power system to 11 billion AMD, which will increase the tariff by 2 ․27 AMD / kWh. 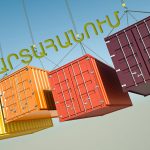