Russia acting against electric cars in the Eurasian Economic Union

Recently, the Government of the Republic of Armenia made the increase of the share of cars with electric motors one of its priorities, which is also included in the Government Program for 2021-2026 as a means of sustainable development and promotion of green economy.

To achieve this end, the government has launched several mechanisms, one of which is exempting electric car importers from the 20 percent VAT.

Besides, until January 1 of this year, there was a zero customs duty on the import of electric cars in the EEU. The EEU was considering extending the zero tariff duty for the long-term purpose of importing and operating electric cars, but this exemption ended on January 1, 2022, at the initiative of Russia.

Termination of the privilege creates many risks for this priority set by the Government of the Republic of Armenia. The short period was not enough to increase the competitiveness of electric cars in the car market and contribute to improving the country’s ecological situation.

In the article we will refer to the fact that the termination of this customs privilege by the EEU in a rather short period of time does not contribute to and even hinders the implementation of the priorities set by the Government of Armenia.

What were the conditions for the importers of electric cars?

When joining the EEU in 2014, Armenia was granted preferential transitional terms, one of which was a 5-year period for customs duties on cars imported from all non-EEU countries. The citizens of the Republic of Armenia could clear the cars at a low rate (10%) stipulated by the domestic legislation, in contrast to the higher rates, which were valid for other EEU member states. These and other transitional terms applied to the countries that later joined the EEU (Armenia and Kyrgyzstan).

The period of customs clearance of cars at the rate of 10% was ending on the first day of 2020, about which a statement was issued by the State Revenue Committee. The Union of Informed Citizens has repeatedly referred to this issue. It was envisaged to set a 17% customs duty for all types of new cars after the adoption of the EEU rates, and 22% for cars with up to 7 years of wear. The customs duty for cars with more than 7 years of age assumed incomparably higher rates, which would be calculated by the car engine size.

Then, in March 2020, the EEC Council decided to zero the import duty rate of the Eurasian Economic Union Common Customs Tariff for electric cars only (commodity code 8703 80 000 2), which was valid until December 31, 2021.

Prior to that, since 2019, the government had  launched a number of measures to encourage local importers to purchase electric cars, after which the increase in the competitiveness of electric cars was included in the government’s five-year program approved in 2021. It was justified by the extremely high level of natural gas consumption in the country.

The most beneficial law for importers, the draft amendments to Article 64 of the Tax Code, was adopted on June 7, 2019, which exempted from VAT the import and sale of all vehicles powered by electric motors. The bill was aimed at “promoting the acquisition and use of electric cars in the country, reducing atmospheric air pollution, as well as mitigating the energy dependence of the Republic of Armenia.” The privilege provided by law was later extended until January 1, 2024.

In addition, there was a boost in the adaptation of infrastructure to the use of electric vehicles. In 2018-2020, more than 20 charging stations were installed in almost all regions of the country, as well as a map of charging station locations was developed.

Thus, at the beginning of 2020, customs duties on imports of old, used cars increased, while those on electric cars were removed. Being exempt from VAT, the importers were already interested in the idea of importing electric cars to the market.

Despite the sharp increase in the import of electric cars due to the privilege, which lasted only a year and a half, the current number of cars is still not enough to ensure competitiveness in the market, to build infrastructure, and moreover, to have a significant positive impact on the environment.

In fact, the EEU customs policies do not contribute to the tendency of importing electric cars to the Armenian market, since they do not provide favorable conditions for the import of electric cars for the member states.

Why does the EEU not extend the zero customs duty privilege?

It is known that there is no production of cars with electric motors in any EEU country. It is also desirable for the governments of the member states to import and operate or resell electric cars, for which the zero customs duty privilege was provided. The competitive price of electric cars in the market also contributed to this.

The Russian Federation has imposed a ban on the extension of zero customs duties, regardless of the fact that there is a demand for the Russian domestic market to extend the zero customs duty privilege at least until 2024.

Russia explains this decision by the fact that none of the EEU countries has offered to extend the privilege. However, the State Revenue Committee informed us that the EEU is currently considering the proposal of the Republic of Belarus to extend the zero customs duty on light passenger cars with electric motors until 31.12.2023.

However, Russia’s position on the import of electric cars has a simple explanation.

For Russia, a major oil superpower, this measure aimed at preserving the environment contains risks related to the supply of fuel to the EEU countries (Armenia and Belarus), which import most of their fuel from Russia.

By abolishing the zero tariff privilege, Russia will in fact continue to meet the growing demand for petroleum fuels, thus maintaining the influence of its main economic operators in the region.

In addition, Russia has a large production of cars using gasoline and diesel fuel instead of cars with electric motors, the sale of which is a priority for its economy. Moreover, according to last year’s data, the export of Russian-made cars, the main consumers of which are the CIS countries, has increased by 43%.

It is obvious that it is better for Russia to continue selling oil-based fuels to the region’s economic partners, as well as to expand the sale of its own cars operating on gasoline and diesel fuel, than to encourage the import of electric cars from non-EEU countries by its economic partners.

Thus, the actions of the Russian-led EEU are not in the interests of the Armenian government, at least in terms of government priorities, but only serve the economic interests of a single state. 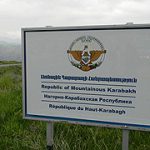 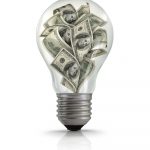