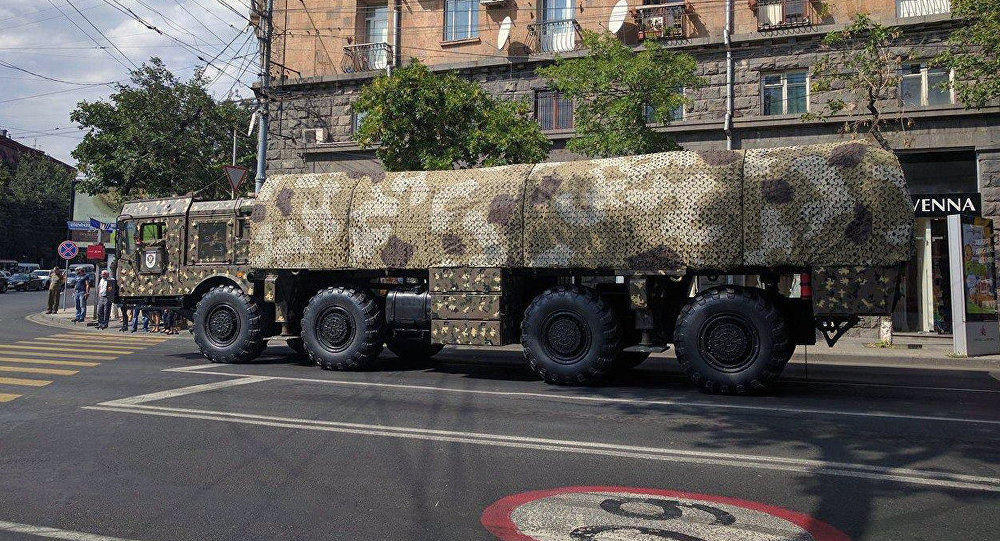 During the military parade dedicated to the 25th anniversary of independence of Armenia, the “Iskander” tactical missile systems were displayed among other military equipment.

“Union of Informed Citizens” NGO has tried to gather information about those systems and their purchase.

As it is known, on June 26 of 2015, a contract on “Providing a State Export Loan to the RA Government” was signed between Armenia and Russia. According to the contract, Armenia was supposed to purchase 200 million USD-worth weapons and military equipment from Russia and pay for the purchased items during 10 years.

However, according to the response letter received recently from the RA Ministry of Finance, those 200 million USD had not been used yet by the date of September 13 of 2016. And according to Article 2 of the aforementioned contract, the use of the loan shall start from the day of the delivery of the weapons.

It means that Russia had not provided any weapons or other military equipment to Armenia within the framework of the loan as of September 13 (when the “Iskanders” were already surely in Armenia).

This allows us to claim with confidence that the “Iskander” systems (among other weapons) were not purchased with the loan but by direct payment. In fact, it was confirmed by Deputy Defense Minister Davit Tonoyan in his interview to Radio Liberty, who said that “it was obtained at the expense of our budget spending”.

This “Iskanders” deal is not yet reflected either in the UN Register of Conventional Arms or the Stockholm International Peace Institute reports. Hence, it is difficult to assess the amount that the Armenian taxpayers have paid for those systems.

However, according to the evaluations by different experts, one brigade of these systems costs 200-300 million USD. The brigade is composed of 12 launching systems. During the 25th anniversary parade in Yerevan, 4 launching systems were shown. Hence, we can assume that the “Iskanders” cost the Armenian budget 70-100 million USD.

The point is that there are different types of 9K720 “Iskander” systems (SS26 Stone by NATO’s classification): “Iskander-M”, “Iskander-K” and “Iskander-E”. During the Yerevan military parade, the launching systems were concealed and it was not possible to form a clear understanding of the type the Armenian “Iskanders” belong to.

According to the International Code of Conduct against Ballistic Missile Proliferation (also known as the Hague Code of Conduct), its member countries (including Russia) are obliged not to sell missiles exceeding the range of 300 kilometers to other countries.

In order to meet the requirements of that Code, Russia created the so-called export-oriented “Iskander E”. According to official data, the latter have a 280km range. Most probably, particularly this type has been supplied to Armenia (in this case, the announced range of 300 km is closer to reality).

In this regard, we should note that the “Iskanders” should be transported to Nagorno Karabagh in order to be able to strike objects around Baku because Baku is 305km far from the closest point in Armenia. However, the transportation of those systems to Nagorno Karabagh is dangerous both politically and diplomatically. 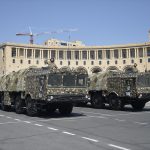 Much Ado about the Iskander: Claims vs. Reality