The CSTO Summit held in Yerevan on October 14 of 2016 adopted a statement on behalf of the six member states (Russia, Armenia, Kazakhstan, Kyrgyzstan, Tajikistan, and Uzbekistan) condemning the development of missile defense systems. And though the statement contains neither the USA’s, nor NATO’s names, it is obvious that the North Atlantic Treaty Organization is the addressee.

First of all, it is worth noting that the missile defense system is exclusively a defense system. It is intended for neutralization of the enemy’s ballistic missiles in the air, and one can not to kill a single soldier and especially a civilian with such a system.

So, if one complains of other’s defense systems, it is perfectly possible to claim that the complainant’s intentions are far from being peaceful.

And a question arises here… What actions of the CSTO or Russia force the West and the NATO to take serious defensive measures against Russia?

Is It Armenia’s Business?

Of course, a counter-argument to this logic may be Russia’s supposed concern that it may be attacked by the NATO and will not be able to retaliate with ballistic missiles. But two questions emerge here… Why should NATO initiate a missile attack on Russia? And what does Armenia have to do with all of that?

Armenia has been NATO’s partner country since 2005 and carries out a peacekeeping mission together with the NATO. All the power structures in Armenia (including the RA Ministry of Defense, the RA Police, and etc.) receive financial assistance from the United States.

Moreover, the RA Armed Forces carry out peacekeeping missions in Kosovo, Afghanistan and Lebanon as part of the NATO or its member states.

Anyway, it results that on October 14, Armenia officially opposed the development of systems aimed at the protection of the territory and the population of a number of countries (including partner states).

We can only hope that Armenia’s partner states (including NATO members) will not take Armenia’s position seriously, understanding that it was adopted due to pressures from the north. 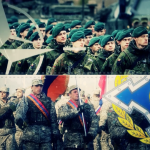 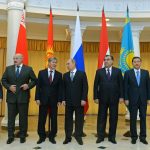 CSTO Does Not Exist? 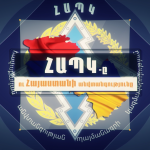