Union of Informed Citizens > Archive > Media about us > Daniel Ioannisyan. “Such amounts are circulating in the ruling party’s pre-election headquarters that 500-600 thousand drams are not a big deal.” (Aravot.am)

Daniel Ioannisyan. “Such amounts are circulating in the ruling party’s pre-election headquarters that 500-600 thousand drams are not a big deal.” (Aravot.am) 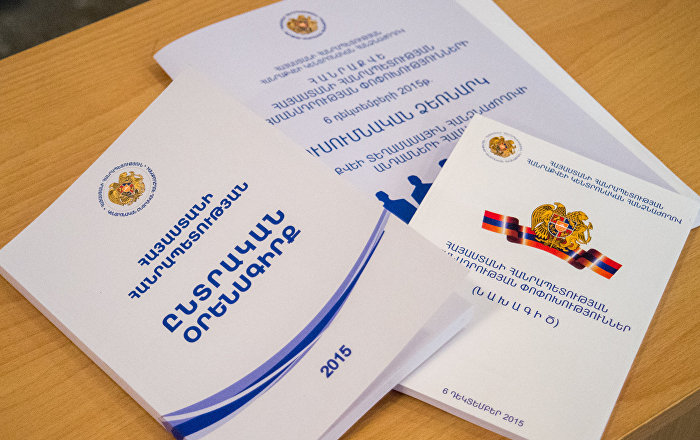 Daniel Ioannisyan, Program Coordinator of the “Union of Informed Citizens” NGO, representing the civil society in the format of 4+4+4, does not consider the publication of the voters lists in the elections substituted by ID cards and instead of taking the fingerprints of the voters an equivalent approach. Recall that a few days ago, the Central Election Commission decided that as a result of negotiations held in the conventional format of 4+4+4 in participation of government, opposition, and civil society representatives, the amendments to the Electoral Code shall not be practiced during the upcoming national elections. The reason was that the government had informed the CEC that the Polish company providing the technical security cannot commence the process until September 1, which is required by the law. Recall also that as a result of discussions over months in the format of 4+4+4, the Electoral Code adopted on July 30 of this year was amended again. The Central Election Commission assumed the obligation to commence the process of amendments until September 1 in financial support of international donor organizations, according to which the voters were to be provided with free identification cards, ten fingerprints checking devices were to be acquired to create a common archive of fingerprint data. Now, the publication of voters list for the elections is discussed as a compromising option. This is recommended by ANC. “We do not rule out the introduction of new additional mechanisms, maybe also the publication of voters lists participated in the voting and toughening of punishment for frauds. Negotiations will continue with the opposition, and we can come to a new common consent to hold elections by the amended Election Code,” – announced NA Deputy Speaker Eduard Sharmazanov after the RPA EB session. The publication of the voters lists, incidentally, was the requirement of almost all opposition forces in Armenia, already for two decades. In fact, according to our information, quite active discussions are going on with the political forces, in particular with the ANC. The discussions, which is also attended by the chief of RA presidential staff, Vigen Sargsyan, are held in the ANC’s room. While Daniel Ioannisyan, a representative of civil society representing 4+4+4 format, believes: “It is a tool to detect the violation in the future in the case when the mechanism of the fingerprint is a preventive mechanism. We have seen people who are fined 500-600 thousand drams for being disclosed in double voting. During the elections, such amounts are circulating in the ruling party’s pre-election headquarters that these 500-600 thousand drams are not be a big deal. In many cases, they can even make this crime consciously.” The representatives of civil society continue to argue that despite all possible amendments, the new EC is worse than the former one. Meaning the limitations in the number of journalists and proxies, the electoral procedure, the institute of the stable majority, rating lists and so on. 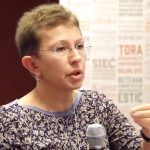 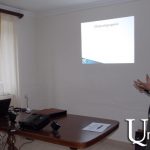