The civil society in the Republic of Armenia constantly highlighted a number of problems regarding the electoral processes and the failure to solve such problems gives grounds to doubt the elections held in the country.

These problems include the organized and widespread abuse of administrative resources and ineffective combat against it, lack of equal competition conditions for candidates, ineffective combat against the barriers to expression of voters’ free will, restrictions on civil oversight of elections and the lack of any effective mechanisms and opportunities to complain against the election frauds and appeal the election results.

The new electoral code adopted in 2016 gave no answer to these concerns but rather increased the possibility to abuse administrative resources and various levers by basing the proportional voting system on the opportunity to nominate candidates in territorial voting lists.

Back during the observation of the election campaign, ‘Independent Observer’ Public Alliance reported as follows:

1. The election campaign was accompanied by violence and pressure, including use of firearms, mostly againstthe candidates and supporters of the non-ruling and/or opposition parties and blocs.

2. Ruling party RPA committed an organized and widespread abuse of the administrative resources.

3. The CEC (Central Election Commission) did not carry out a thorough and comprehensive examination of the issues raised in the petitions addressed to it.  Also, the CEC, in its turn, did not take sufficient efforts and show will to prevent the offenses that became known and were confirmed during the election campaign and to remove their consequences.

It should be noted that during the last days of the election campaign and especially on the voting day and the campaign silence day, there were many alerts on widespread mass vote-buying by the Republican Party of Armenia, Armenian Revolutionary Federation (‘Dashnaktsutyun’) party and ‘Tsarukyan’ bloc and reliable information on such incidents was also shared by the mass media and social networks. In spite of this, the law enforcement officers have not detected or prevented a single case of vote-buying so far.

The observers, who carried out observation mission in 200 district and 35 territorial commissions throughout the country on April 2, 2017 within ‘Independent Observer’ Alliance, reported over 3050 frauds most of which might have affected by their nature the election results.

Based on the above, ‘Independent Observer’ Public Alliance reports as follows:

1. Many issues identified during the election campaign (widespread and organized abuse of administrative resources, unequal competition conditions for nominated parties and blocs) and the atmosphere of impunity resulting from the improper reaction and inaction of the RA Central Election Commission, the Police and other law-enforcement agencies also affected the election day.

2. The desired results for the ruling party through its territorial candidates were ensured by vote-buying and other illegal means not prevented or examined properly by competent authorities so far.

3. The National Assembly elections were accompanied by numerous frauds and widespread control over the voters.

You can find the list of polling stations where some types of frauds were identified here in PDF and EXCEL formats. For the initial opinion of the Alliance, see here . 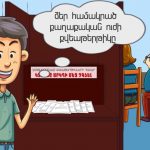 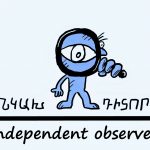