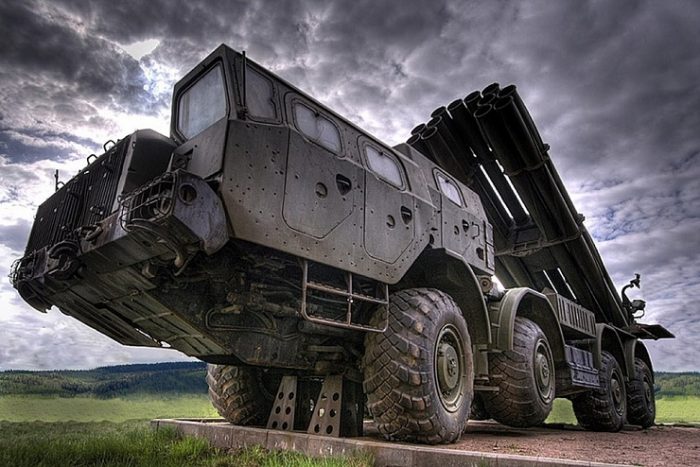 As it is known, the Russian-Armenian agreement on “Providing a State Export Loan to the RA Government” was signed in Yerevan on June 26, 2015, according to which Armenia was to purchase 200 million USD worth weapons and ammunition from Russia, paying back the loan amount during 10 years.

The agreement on purchasing weapons “on credit” came into force only in February 2016. The weapons purchased within the framework of the agreement were due to be supplied to Armenia during 2016 and 2017.

And though, as previously informed, the types of weapons to be supplied by the agreement were quite old (technologies of 80s, 70s, and even 60s), delivery of some relatively modern (10-20 years old) weapons was also envisaged. Examples include TOS-1А “Solntsepyok” heavy artilleries and “Smerch” multiple rocket launchers.

“Union of Informed Citizens” tried to find out from the Government how much of the weapons and other items of military significance the RA Armed Forces have received within the framework of the agreement. In response to our enquiry, we were informed that the loan obligations of the Armenian side by the agreement formed 35.6 million USD by June 1, 2017.

In other words, according to Clause 2 of Article 2 of the Agreement, almost two years after signing the agreement the Armenian side has received only about 35 million USD worth weapons and other items of military significance from the envisaged 200 million worth items.

Such a slow delivery of weapons to Armenia is difficult to explain taking into account the speed with which Russia is supplying weapons to Azerbaijan, Iraq, Syria and other countries involved in military conflicts. Anyhow, according to the agreement, only 7 months remain for the delivery of the rest of the weapons (worth 165 million USD).

P.S. Note that “Iskander” tactical missiles were obtained from Russia outside of the scope of this agreement. You can find more information about them here.