On March 1, in his address to the RF Federal Council, Russian President Vladimir Putin presented a new generation of Russian weapons, including new intercontinental missiles, nuclear-powered missiles and underwater intercontinental drones (as well as many other weapons), which, according to Putin make the US missile defense system and NATO’s expansion to the East senseless.

It is noteworthy that the videos shown by Putin start with images of real missiles or planes, and then there is a sharp turn to quite low quality animations which cannot testify about the existence of weapons with features indicated by Putin.

It should be noted that when referring to the animations shown during Putin’s speech, the Spokesperson for the US Department of State called them “cheesy”.

But leaving aside the discussion of the connection of the animated videos with reality, let us try to understand what political implications the display of force or even the threat of it may have.

The display of new Russian weapons (or their animations) by Vladimir Putin in a situation when the relations between Moscow and the West are very tense means that Putin sees the way out of the situation in force and threats, which can lead to Russia’s final isolation.

A vivid example of such a policy is that of North Korea, which, despite all the possible sanctions, extreme poverty of its population and almost complete international isolation, comes up with new threats, creates new weapons and makes the peaceful settlement of the situation practically impossible.

If Russia decides to take the path of continuous militarization and isolation, then in fact it chooses the North Korean “model” of development (degradation, to be more precise).

Tensions between Russia and the West are the result of competition for areas of influence, security and related conflicts of interest.

In four years, the sanctions policy has led to the situation when the Russian president shows new, in his words unprecedented weapons and in fact issues threats. It is absurd to expect that the West will be “afraid” of those weapons and change its foreign policy course. Washington has already responded, stating that Putin has confirmed what the US government already knew. And the Spokesperson for the US Department of State has even said that Putin “was playing to the audience”.

Thus, Russia’s North Korea-style response to sanctions has not worried the US so much, and such games by Russia can be a serious threat to the whole world given the ambiguous image of the current US president.

Armenia is in the same security system as Russia. In fact, Armenia is considered Russia’s ally. There is the Russian military base here, and Armenia cannot bypass issues related to the security of Russia.

Armenia is also in the same economic system with Russia (the Eurasian Economic Union). Hence, Russia’s isolation and the resulting inevitable economic crisis already affect the Armenian economy, and in case of such developments, the economy of the country will be affected even more seriously.

And Armenia is in the same cultural system with Russia. Russian TV channels are broadcast here, Russian propaganda is active here, millions of Armenians live in Russia, and they are in constant communication with their relatives in Armenia. In such conditions, if Russia continues its isolation and marginalization, the consequences will reach the Armenian society as well, and the phenomenon of being “cut off” from the world can be also felt here.

Thus, Armenia should revise all its possibilities, relations and dependence on Russia and the West, and be able to properly maneuver in the current situation, minimizing the possible risks. 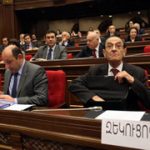 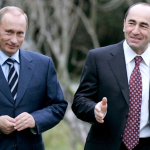