Observations on demonstrations and mass protests in Armenia 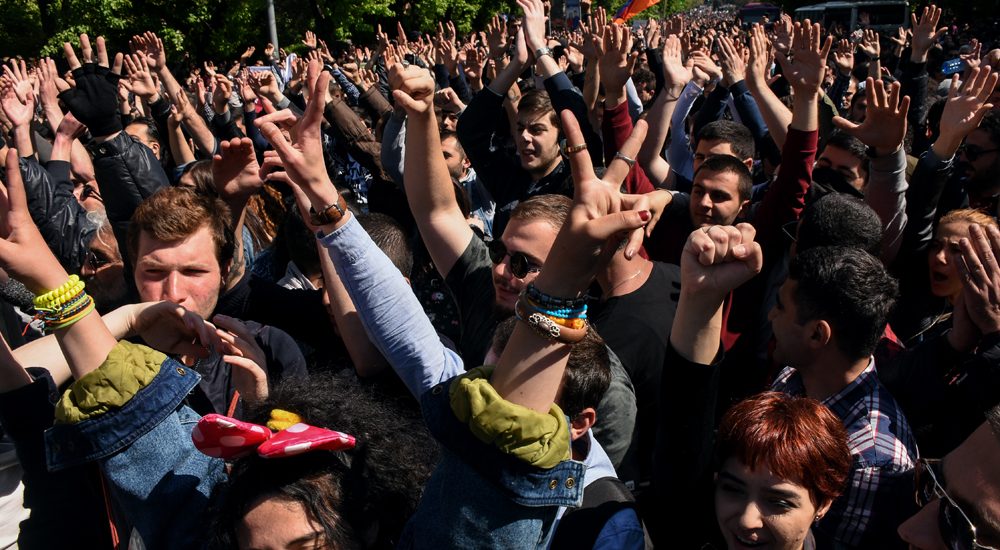 Recent protests and rallies in a number of Armenian cities have some significant features that are unique in the history of the third Republic of Armenia and are worthy of discussion.

For the first time since 1988, the majority of participants in current mass rallies in Armenia are under 35 years of age. It is noteworthy that the majority of the demonstrators are university and high school students. Despite the high politicization of educational institutions characteristic during Serzh Sargsyan’s presidency, student strikes and protests are continuing since the start of the demonstrations. Moreover, the demonstrators have come to Yerevan State University two times, led by the head of the NA “Exit” faction Nikol Pashinyan.

The number of the demonstrators

Another important feature is that the number of demonstrators is unprecedented. According to the analysis of the photos of the unmanned aerial devices, on April 17, 2018, approximately 33-35 thousand people participated in the rally in the Republic Square. Though it is still difficult to point out exact figures, the number of participants in rallies in different cities and different regions of Yerevan on April 18 exceeded 35 thousand. Moreover, the number of girls under the age of 25 years is also unprecedentedly higher than in previous rallies in Armenia.

Demonstrations and civil disobedience actions also have very interesting dynamics. They occur spontaneously, often by 4-5 people blocking the traffic. Moreover, despite the practice of sleeping in the streets during mass demonstrations in Armenia, in the evening of April 17, Nikol Pashinyan called on demonstrators to go home and gather again in the morning.

In the last decade, this is the first such case when several thousand protesters go home in the evening and gather again in the morning.

Students’ protests are also remarkable because they quickly disperse in different directions in order to avoid police officers, and then gather in a new location, which makes it difficult for the police officers to detain them.

Demonstrations and mass events took place from April 17 to 20 in other cities of Armenia too, which is also one of the unique features of the movement. Usually during rallies and protests, the people of the regions come to Yerevan and join the processes in the capital, while this time localized protests are also carried out.

In its turn, the dynamics of the Diaspora’s response was also remarkable. In addition to prominent Diaspora Armenian cultural figures, particularly Serj Tankian and Arsine Khanjian, many diaspora Armenians in solidarity with demonstrators in Armenia, organized demonstrators on April 17 and 18 in Los Angeles, Moscow, as well as in Marseilles, where they burned Serzh Sargsyan’s portrait in front of the Armenian Consulate.

Due to the development of technical means and the availability of the Internet, these demonstrations, even Compared to the Electric Yerevan sit-in, are much better documented thanks to the unprecedented volume of pictures and videos.

In the late evening of April 17 at Mashtots-Tumanyan crossroad, a group of people with suspicious appearance broke billboards and traffic lights. Factor TV employees, fortunately, managed to get down from their office located at the same intersection and shoot everything live. This enabled preventing the spread of false information about the incident.

Modern technologies have made it possible for unlimited and fast flow of information. Taking into consideration the fact that broadcasting TV companies have not been covering the movement from the very beginning, the information is spread mainly on the Internet. It is impossible to imagine such a flow of information five years ago, when smart phones were not widespread.

Thus, mass demonstrations and rallies, which have widened on April 17, 2018, have a number of peculiarities that make the current movement, regardless of its results, one of the most memorable political developments in the modern history of Armenia. 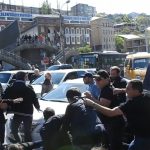 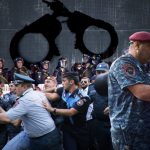 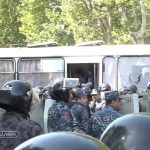