RA Prime Minister Nikol Pashinyan and Azerbaijani President Ilham Aliyev met in Munich in the evening of February 15. This was the first live public debate-discussion with the participation of both parties. The discussion was followed by an internal public discussion, where a number of conflict experts (and not only) began to discuss the content of the debate. During the last two days, there have been many opinions about what should have been said and what should not have been said there. Nevertheless, let’s look at the Pashinyan-Aliyev debate in terms of public speaking and debate techniques. Any public discussion, especially if it is a multi-person event, has a target audience and structure.

A debate or a discussion?

That the meeting was a discussion by structure, but turned into a debate actually became clear from Ilham Aliyev’s opening remarks. Aliyev’s opening remarks already implied that the conversation would take place in an atmosphere of disagreement about history and mutual accusations. From the point of view of a classical debate, the party making the opening remarks usually has the advantage of shaping the course and direction of the debate. The first speaker begins to discuss the topic from the point of view most suited to him, and in this case Ilham Aliyev began to discuss it from the point of view of historical realities, presenting his views on historical facts for almost five minutes in a row. This approach was non-constructive considering the pre-agreed format of the discussion. Assuming that the parties had come together to listen and understand each other, they failed the discussion from the very beginning, turning it into a debate.

Domestic audience, not the international community

Although Aliyev and Pashinyan met within the framework of the Munich Security Conference, the target of the entire content of the discussion was the domestic audience. When Aliyev started the history-oriented discussion, Pashinyan tried to present counterarguments, reminding about Tigran the Great. Although Tigran the Great’s personality may have influenced the indirect audience of the debate (the Armenian audience), it was unclear to the people present in the hall. For this statement to have a successful effect on representatives of the various countries gathered in Munich, it had to be clearly explained with the dates of the reign of Tigran the Great. Otherwise, this argument could only be effective if the people in the audience were aware of the history of Rome, which is unlikely.

There were many similar examples during the debate. Both sides regularly remembered some facts about which the immediate audience, the people in the room, knew nothing or almost nothing. Throughout the discussion there was an impression that the parties had come together to win political dividends from their countries’ domestic audience.

Throughout the discussion, Aliyev was trying to portray the Armenian capital as part of historic Azerbaijan, making accusations against Armenia. From the very beginning of the debate it was already clear that the discussion of the parties could no longer proceed without mutual accusations. In his first two remarks, Aliyev presented Armenia as a war criminal, and in his second remark he even described Pashinyan’s statement about the Khojaly events as cynical. In this context, there was nothing left for Pashinyan to do except for bringing counter-arguments to the international community using understandable wording.

Perhaps, after the argument related to Mutalibov’s interview, it would have been right for Pashinyan to address the issues of human rights abuses in Azerbaijan, Baku and Sumgait events or heroification of Safarov. Naturally, references to the Baku and Sumgayit or Safarov cases would turn the debate into mutual accusations, but Ilham Aliyev had already started the debate in an accusatory manner, and, as a second speaker, Pashinyan would either have to divert the course of the discussion or use offensive strategy or two of them together. The arguments related to human rights violations in modern Azerbaijan, especially with respect to national minorities, may have been more interesting to the international community. Besides, such a discussion could legitimize Nagorno-Karabakh’s desire not to be part of Azerbaijan in a language understandable to the international community.

As a result, the whole debate turned into an argument, and even after it finished Aliyev made an unsuccessful attempt to have the last say. From the point of view of public speaking rules, this behavior was not at all like civilized debate. As a result, the international audience attended a forty-five-minute debate, listening to historical facts unknown to them, numerous references to documents that few were aware of, and there was an impression that the leaders of both countries had forgotten where they were and who their primary audience was, and they only talked to their domestic audiences. In her turn, the moderator was not able to ask the right questions or change the direction of the discussion at the right time, which further aggravated the situation.

Nevertheless, it should be noted that even this failed debate was an important step that was difficult to imagine a few years ago. 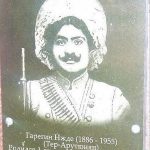 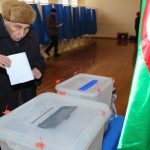 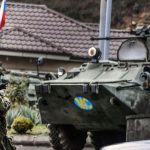