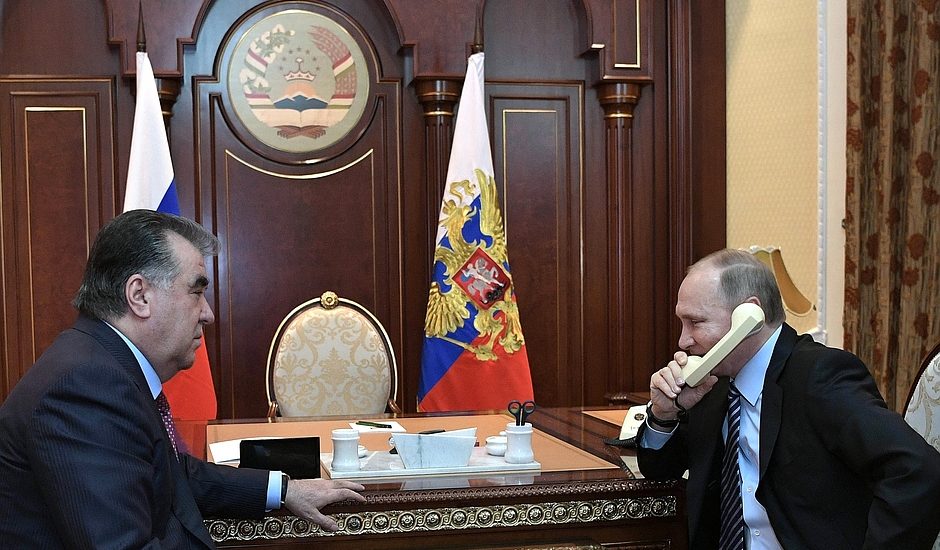 The Russian leader’s visit was made against the background of escalation of problems in the EAEU and the CSTO, the two Eurasian integration programs. The aim of the visit was to mitigate the tensions in the Eurasian area and receive new guarantees of stability.

Recently, the relations between EAEU member countries have been quite strained. At the beginning of February, President of Belarus Alexander Lukashenko made scandalous statements, making a number of accusations and quite open threats against Moscow. At the same time, neither are Kyrgyzstan and Kazakhstan delighted with the bilateral economic relations. And in this context, the Eurasian Economic Union faces serious challenges and unity crisis.

Vladimir Putin started his tour of Central Asia from Kazakhstan, which together with Russia is considered the main initiator of the Eurasian economic integration. During the meeting with the leader of Kazakhstan Nazarbayev in Almaty, the parties assured that the bilateral relations are on an exemplary level and that everything is fine. Along with this, according to the official press release, the parties have specially addressed the EAEU issue. This implies that the “wrinkles” present in the economic union have been discussed during the talks and agreements have been reached on their settlement.

After Kazakhstan, Putin travelled to Tajikistan. Here talks were held on bilateral relations, as well as joint telephone conversation was held between Russian and Tajik presidents and the President of Turkmenistan.

Next, and most importantly, Putin visited Kyrgyzstan. As we have mentioned, this country is in real economic confrontation with its “partner” Kazakhstan. Thus, the coverage of Russian president’s visit and the statements made in Bishkek were more substantial and multilayered.

From Bishkek to Belarus

There are regular concerns expressed by Kyrgyzstan related to the EAEU and the Russian military base in the country. Note that Kyrgyzstan is considered the most democratic one among the post-Soviet countries of Central Asia in spite of the fact that one of the opposition leaders was arrested there on the eve of Putin’s visit.  Putin made the following statement in Bishkek, “If one day Kyrgyzstan says that they have strengthened their own Armed Forces to a degree when they will not need such a base anymore, we will leave immediately”. In that way, he actually closed the topic, hinting that the aforementioned day is not close to arriving.

According to Kremlin’s press service, a Protocol was signed in the presence of leaders of the two countries according to which Kyrgyzstan will be provided technical assistance within the framework of the process of joining the EAEU. Thus, it turns out that in its talks with Kyrgyzstan, Moscow is trying to eliminate the discontent and ensure loyalty that is in its interests.

In fact, with his Central Asian visits, Putin aimed to receive the loyalty of his EAEU partners and assure that everything is within the “framework” of EAEU integration, and, having major support on behalf of Astana and Bishkek, extend a hand of reconciliation to Minsk without losing face. In the end, the aim of Putin’s visit to the Central Asia was forgiving Minsk and calling it back to the team.

Such developments in this structure once again show that EAEU is clearly guided by the carrot and stick approach, and the approach of demanding more. Creating a great shock inside the structure, the EAEU members are able to get the results they want and be forgiven. This should be an example for official Yerevan too, which has not expressed any serious concerns related to the EAEU though it is one of the sides that have suffered most from EAEU integration.